Last week we had our electrical tubing site meeting with our site supervisor and electrician to go over the locations of the power points, light switches, and data points. It took about an hour (we dawdled) and went pretty well. But I made a huge boo-boo in being way underprepared. 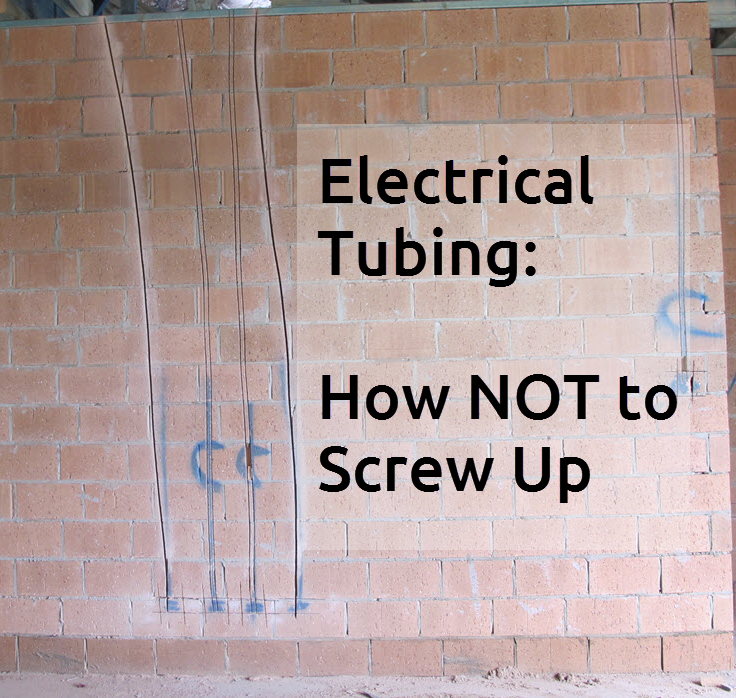 Despite the lengthy planning process, and continually poring over the plans, and walking through on site ON THE DAY, I still managed to find a couple of things that I wanted to change AFTERwards!

Honestly, this building thing is exhausting.

What I did: Reviewed the plans, made some notes. Since I’d been doing this continually over the last 2 years, I was pretty sure I had everything prepared and was confident enough to wing it on the day.

What I should have done: Bought some chalk, gone to site, walked around, and marked every light switch and power point location. Why didn’t I? I thought it would have looked silly and give the impression that I didn’t trust the builder. Kicking myself now, because I want 3 changes that will probably end up costing us. It’s not that I don’t trust them, it’s just that sometimes I don’t know what I want until I talk myself through it.

Anyway, here are the bones of contention. This blog post is a bit long, so you might want to grab a cuppa.

I’ve done some trickery in this photo. On the right you can see a blue spray-painted line indicating where the channel will be cut for a light switch. This is the light switch for the main entry light. It will be used mainly when we answer the door at night, or return home at night if we’re not driving. This could be after a nightly walk or catching a taxi after an epic birthday dinner.

There were 2 problems here. First, it was too far from the door when it’s opened. Secondly, and more importantly in this instance, it interrupts my decorating plans! What if we wanted to hang, say, a massive artwork here, or have some sort of fantastical wallpaper mural (as I’ve dodgied up in this photo)? It’s a fantastic expanse of blank wall with a lot of potential, but a light switch there would ruin it. 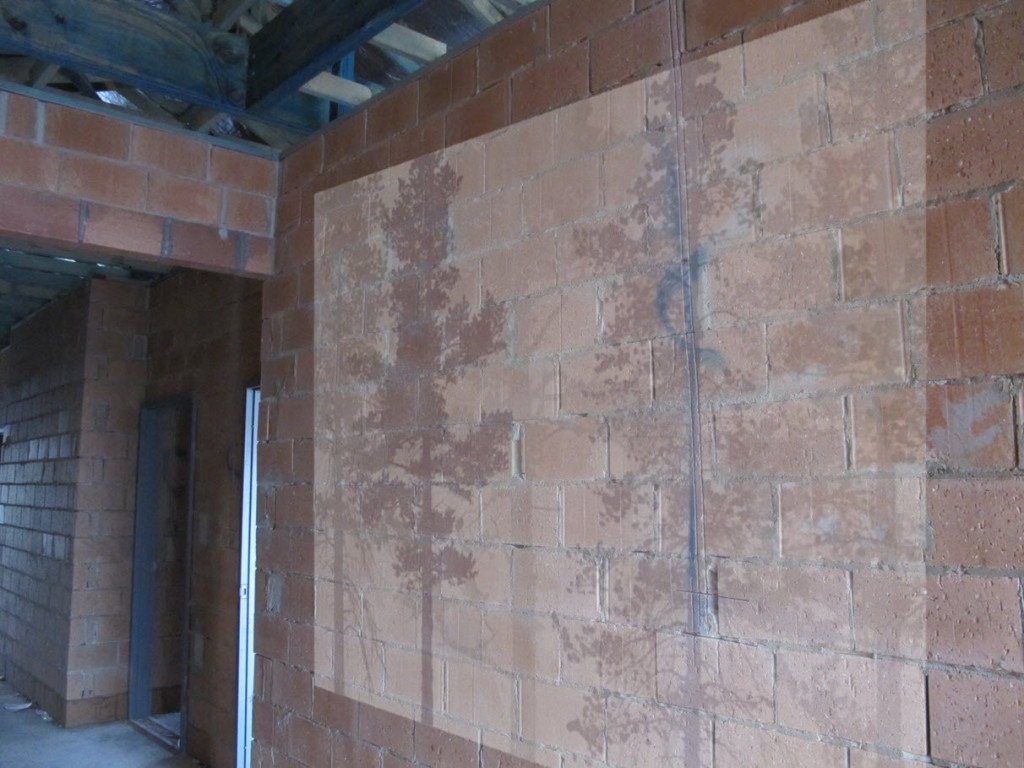 Yes, I know this is a first world problem! Nevertheless, I’ve decided to move the switch to the opposite wall, which has a power point there anyway, and will be where will will have the console table and other entry paraphernalia. The opposite wall will have the “inactive” side of the double door, so it won’t be open very much. I hope my decision doesn’t end up being annoying.

The guest wing isn’t particularly grand, but just to the left of the main entry is a short hallway that leads to the guest bedroom and guest bathroom, as well as my lady cave. There is a light switch on the wall for the hallway light, indicated again by the blue spray paint. The main use case for this light switch is when I’m visiting my lady lair at night, but it would also be used by guests going to and from their room.

Here I have another first world problem. If I decided to hang a big beautiful piece of artwork, it’s possible that the light switch would be obscured by said artwork. This would be very impractical. 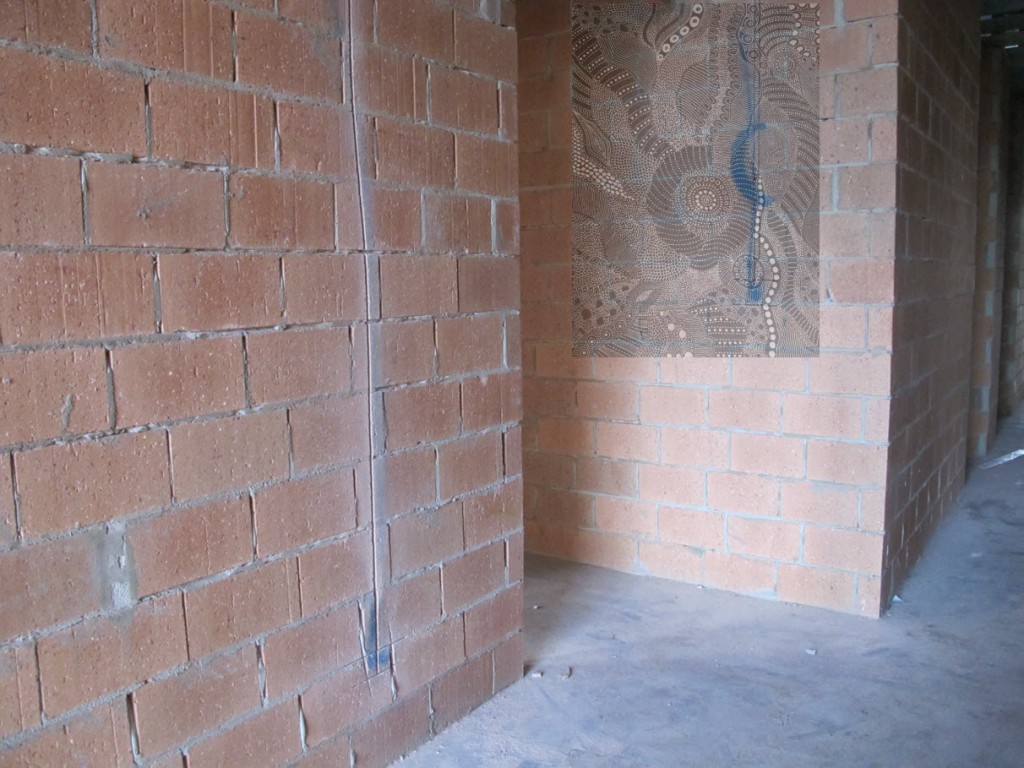 We debated which way to move the light switch, and decided that it would be more practical to move it slightly to the right, as it’s easier to use when entering or leaving that area.

The last bone of contention is one of the exterior light switches. This switch, indicated by the white rectangle in the photo below, switches the bar light and exterior lights on either side of the future deck, outside the sliding stacker doors.

Initially, it was placed on the wall where the TV and other media items will go. I realised a bit late into the game that it would be better off around the corner of the bar, where it would be less obtrusive. This would allow us greater flexibility to decide what to do with the TV wall. 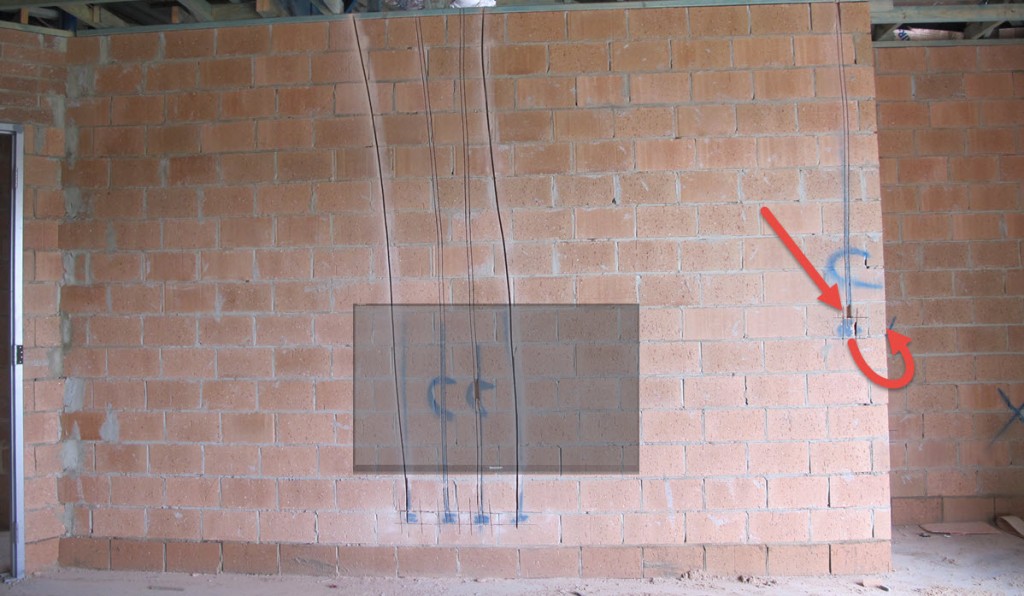 Now that we’ve had a look at my screw-ups, let’s have a look at some of the other power point locations. 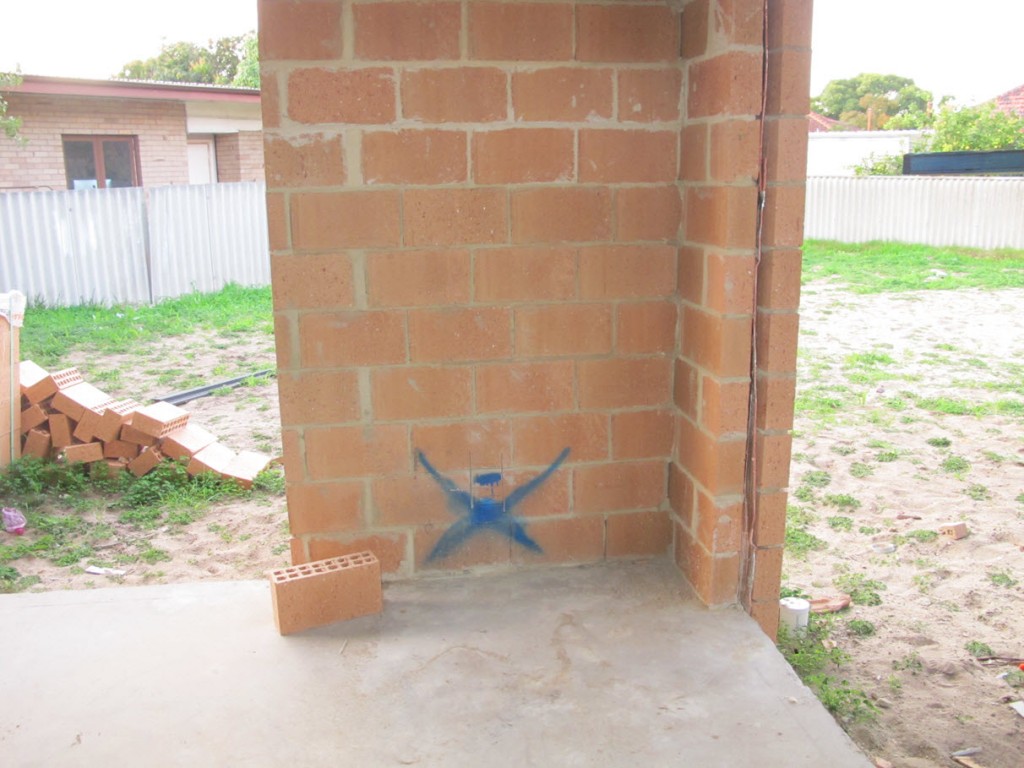 This power point is located in the open plan area on the sliver of wall between the sliding stackers (opening onto the deck) and the bifold doors (opening onto the alfresco). In my mind, this is the perfect location for the Christmas tree, but Mr Trixee disagrees. 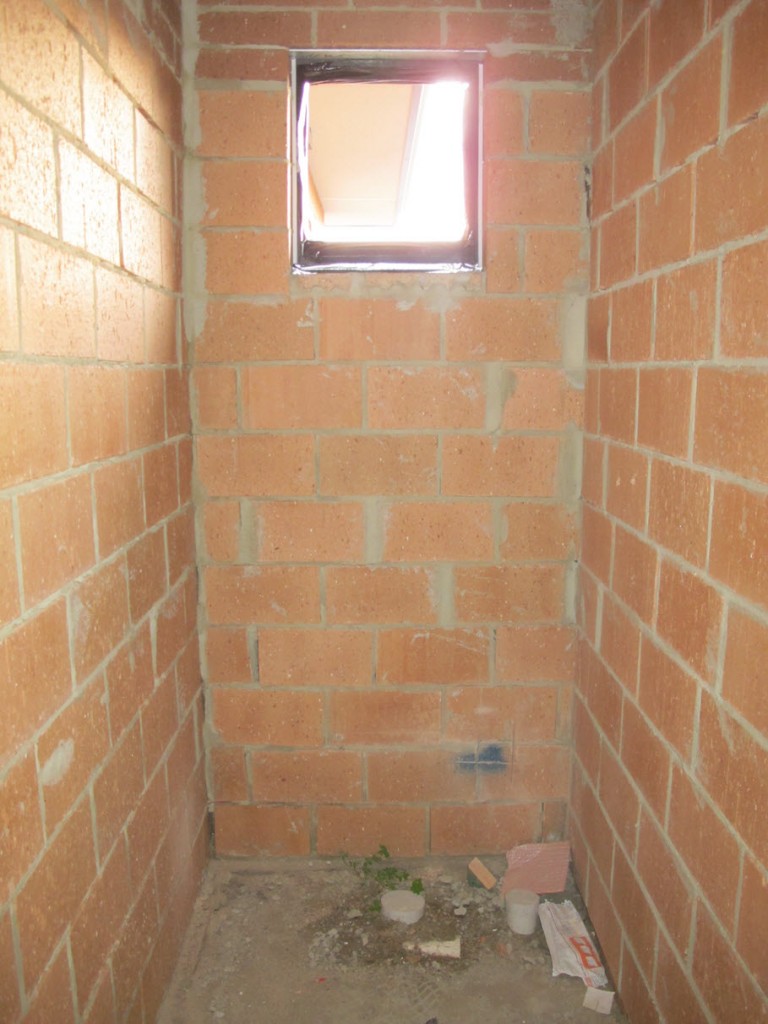 We decided a long time ago that we wanted a Japanese bidet seat in the toilet, so we’re putting one in the ensuite. Bidet seats require power, and the installation instructions are very particular about which side the power needs to be on. Not inconceivably, it should be on the opposite side to the water tap. So we had to triple check that we got that correct. Using the word “right” in this instance required a few double-takes. Notice the weed taking root already! 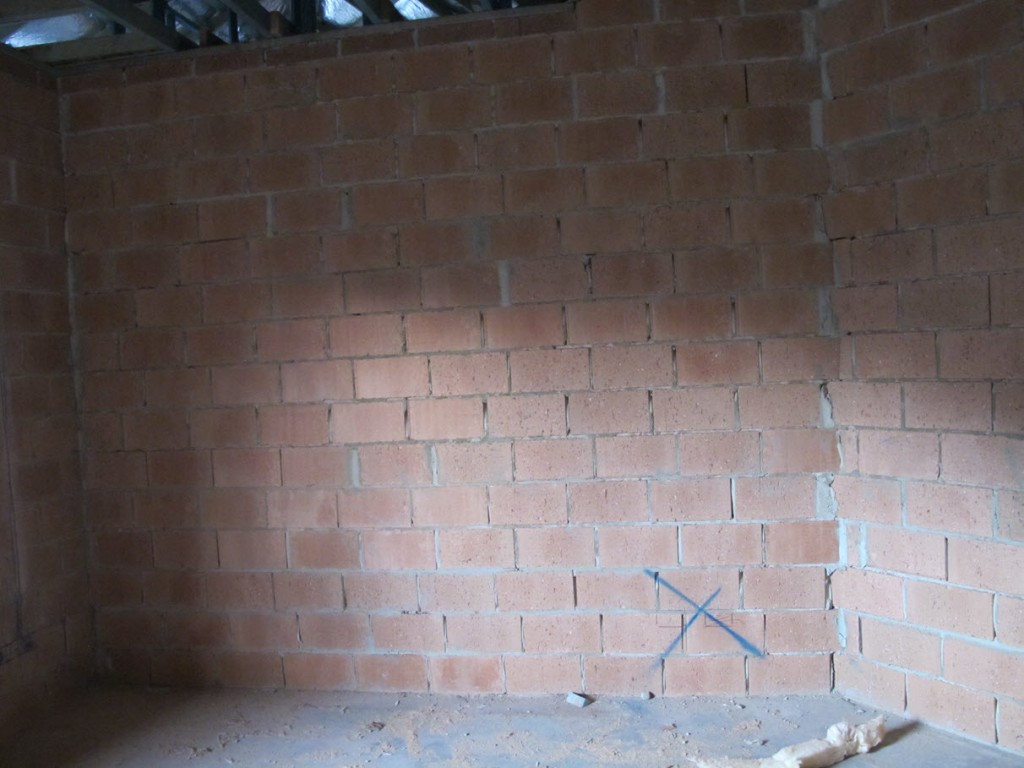 I’d specified 3 locations for power points in my lady lair, so was surprised to see this one crossed out. It turns out that there is another set of power points on the wall directly opposite, in this very location, which means they can piggy back off each other. Which is what this was all about. 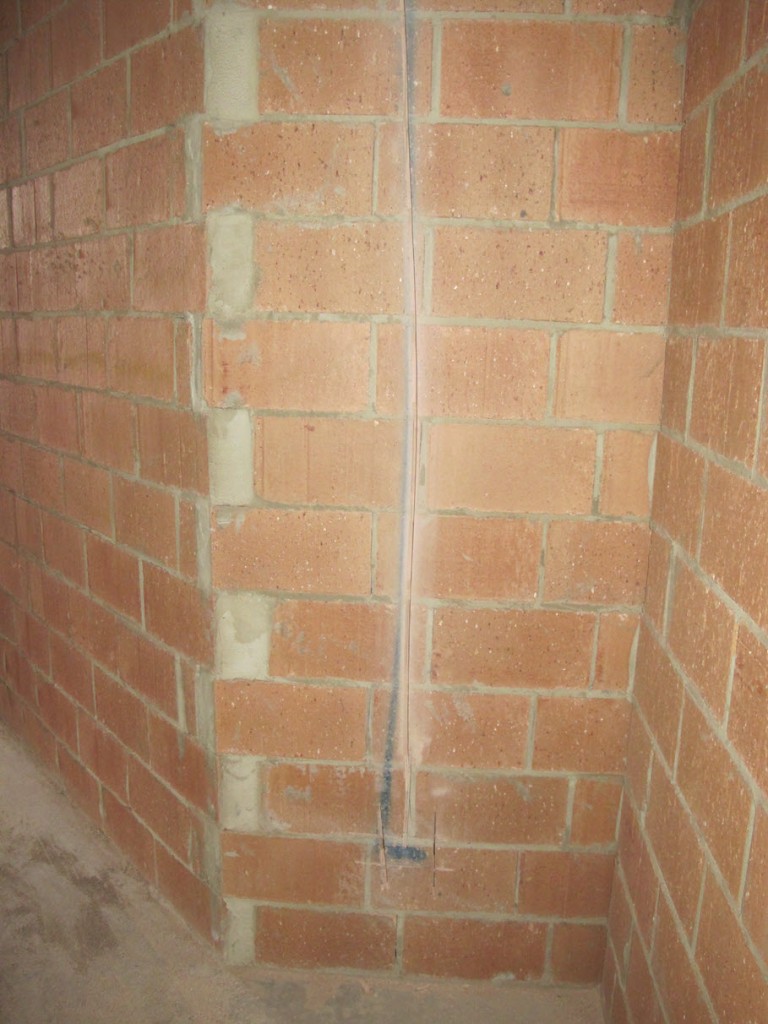 As a side-effect of the angles due to the block orientation for passive solar design, the hallway has a funny triangular alcove in it. We decided to take advantage of this and use the spot as a docking station for our secondary cleaning robot. We will probably install some sort of low triangular shelf/bench here to hide the bot. 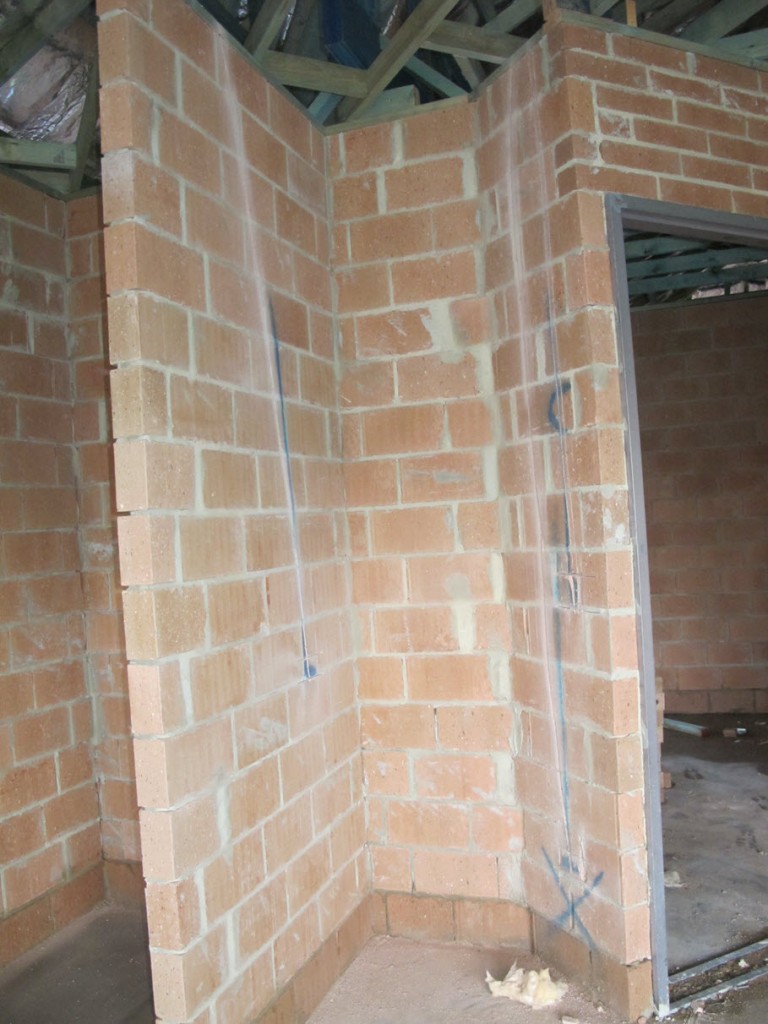 This is the coffee station. Aside from power to the coffee machine and some switches for the living area, our main cleaning robot will be living below the cupboards here. Its power point can be seen on the bottom right.

The last point I want to talk about is home automation. We’re planning on retrofitting this after the build, and to that end we’ve requested all light switches and data points be placed in conduit. Which is what that big C in some of these photos means. I don’t pretend to understand how this is going to be done, but Mr Trixee has done a heap of research so I’m sure he knows what he’s doing! 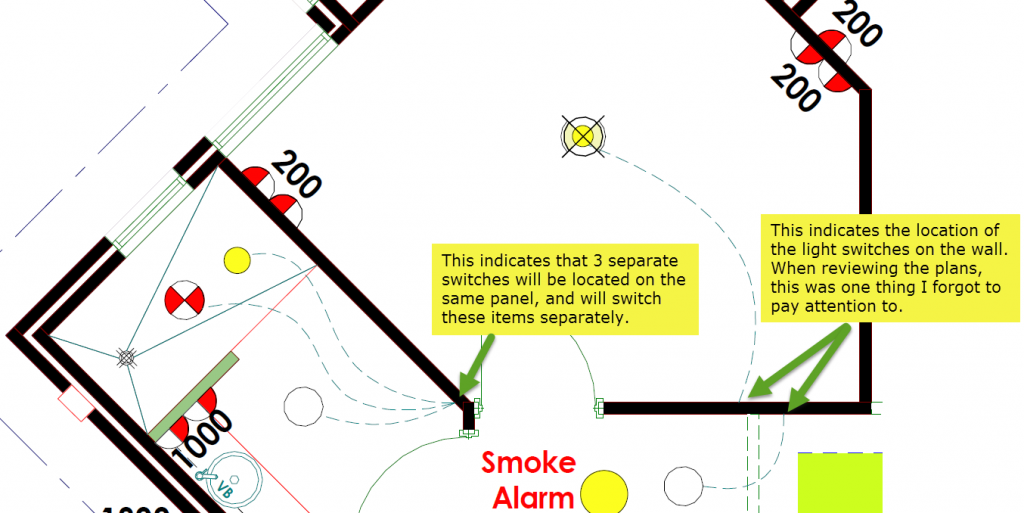 Pay attention to the light switch locations – yes they are marked on the plans! This is where they will be put unless you request otherwise. 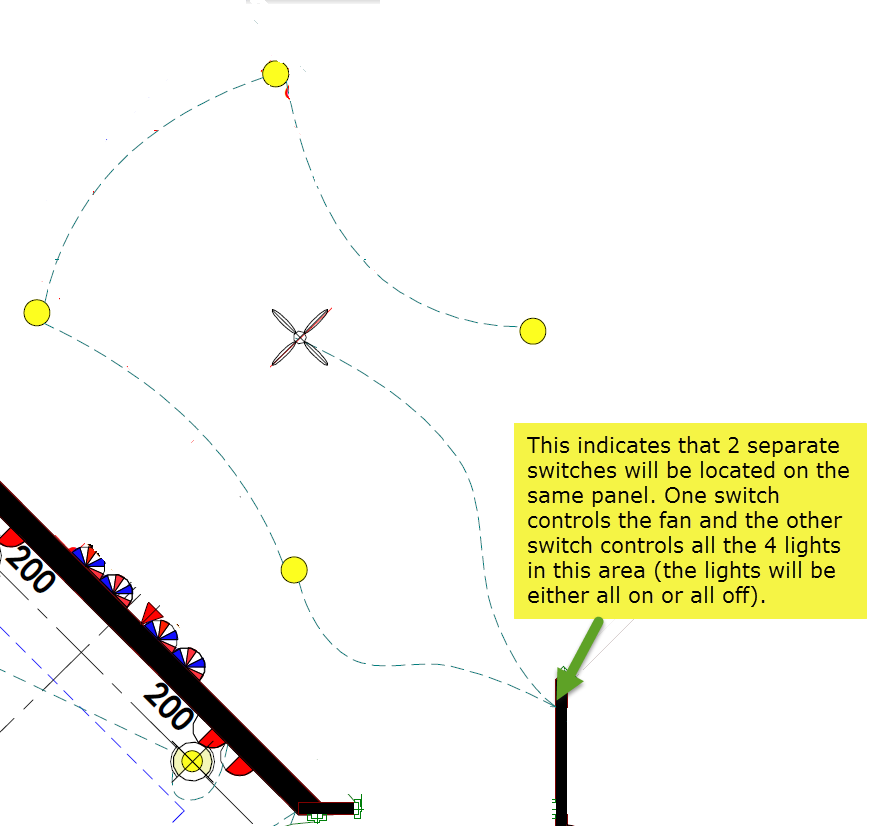 Lights can be switched separately (separate controls for each light) or can be chained (one control for many lights). The number of controls is indicated by the number of lines coming from the switch location.

I can’t be the only one to have stuffed up. Please make me feel better and tell me what you think you may have done wrong with your electrical?