I was pretty excited about the slab. After all, it was “concrete” evidence of our new house (pun intended, ha!).

But delivery of the bricks makes it so much more real! I just had to share these photos with you all. 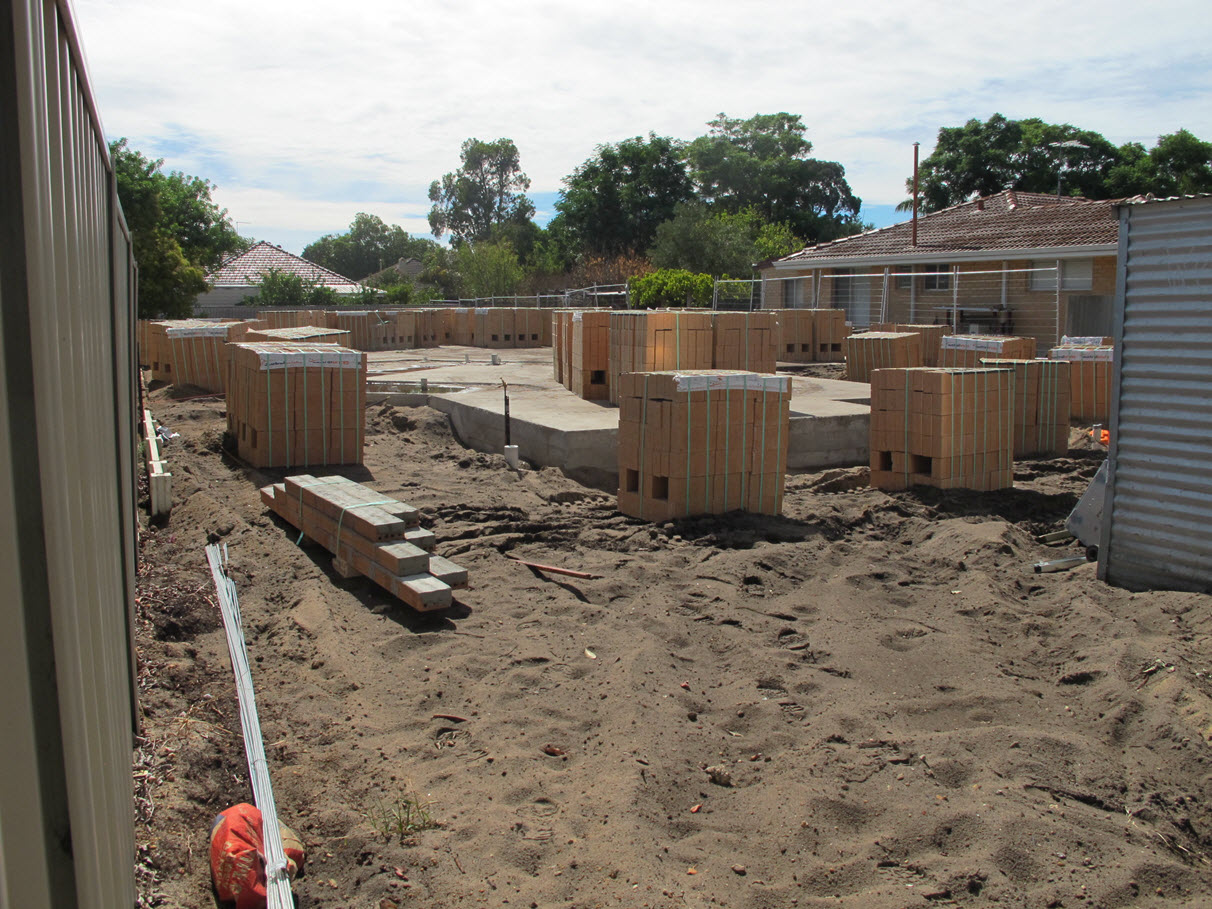 First view of the bricks as we rounded the corner. They’re not red! For some reason I was expecting red bricks. These look nice though. 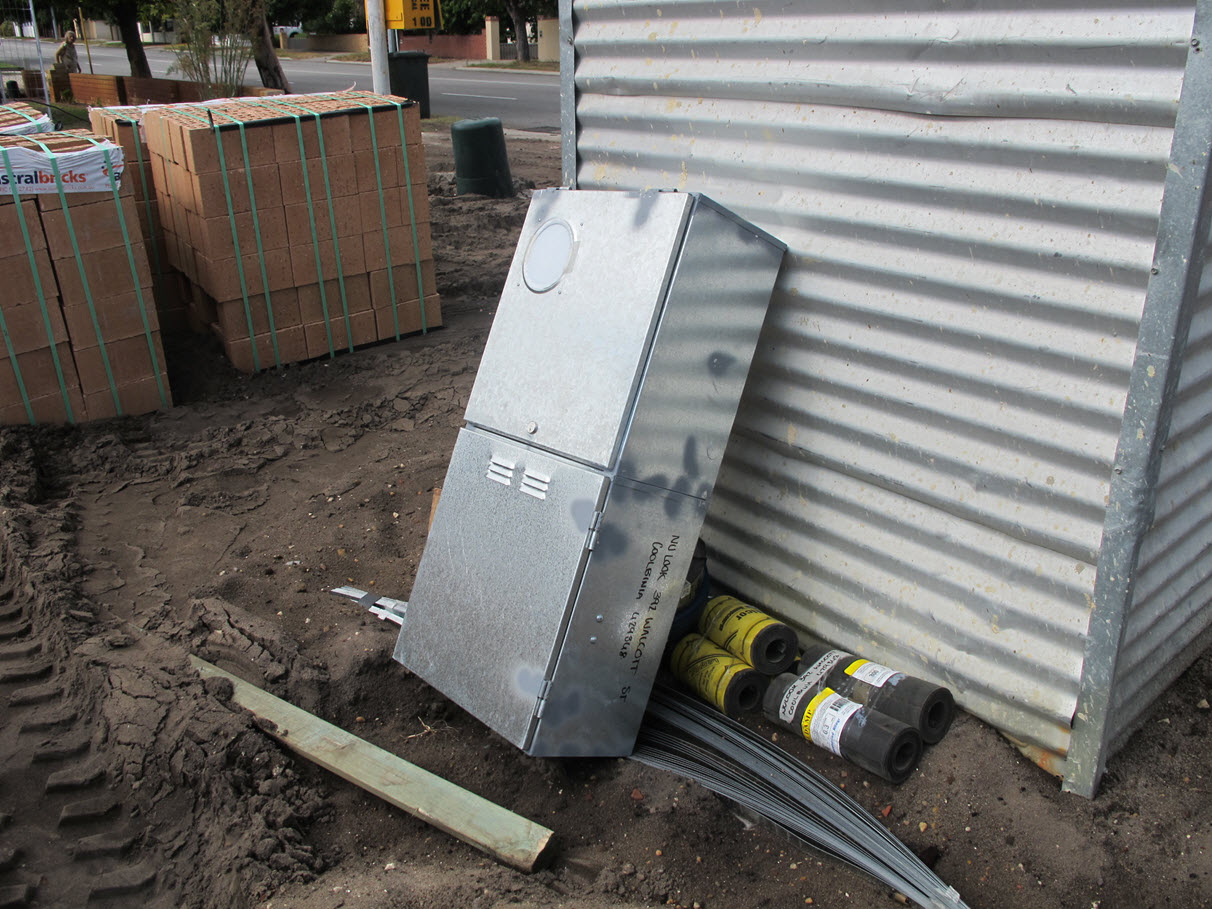 More presents! A meter box, and lintels? And some black things that I don’t know what they are. 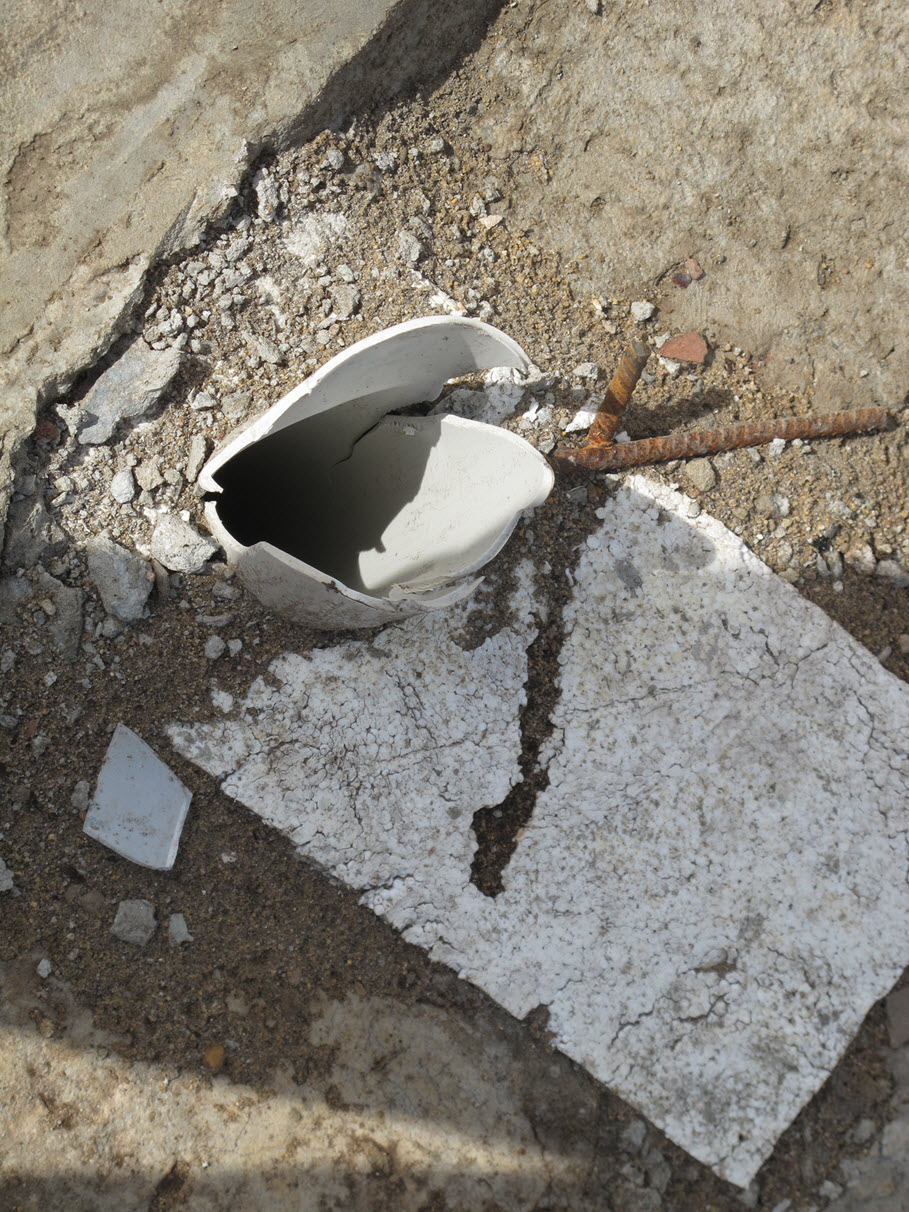 A couple of obligatory cracked pipes. I imagine it’s hard to see where you’re going in those tractors. Will get fixed no doubt. 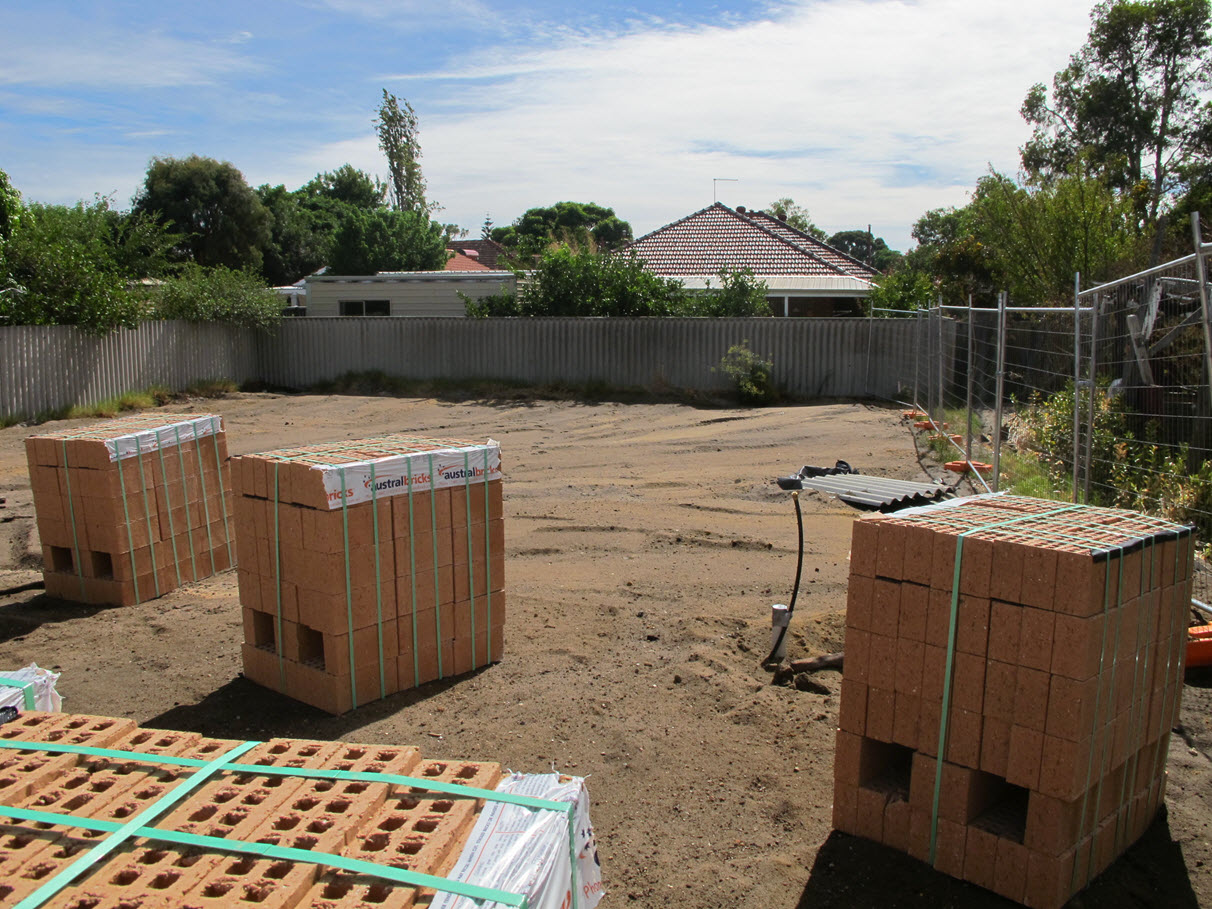 Our back yard. Trying to envision the landscaping to come. 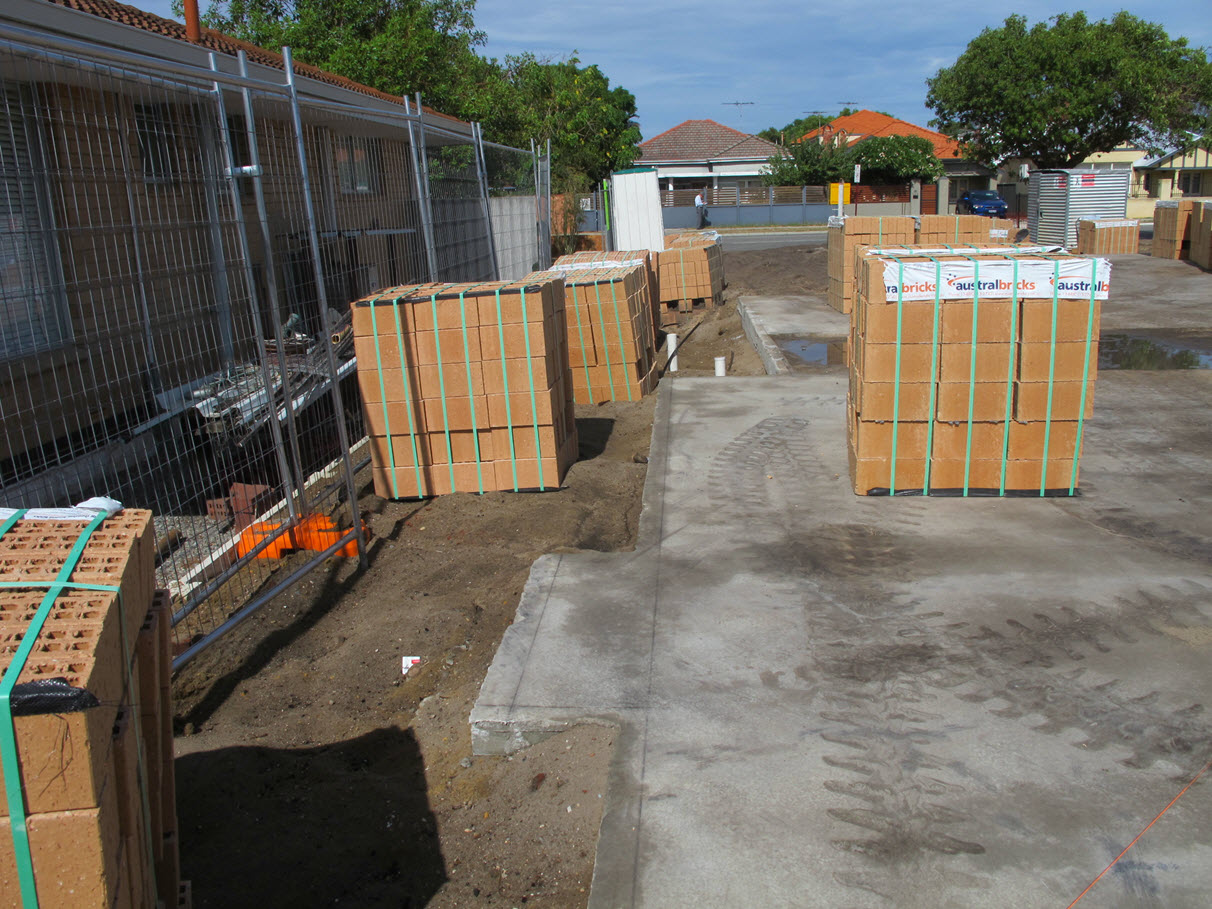 View down the side to the front. Chalk(?) outlines of where the internal bricks are to be laid. The sticky outy bit on the left is the pantry, with the kitchen in front of it. The bit after it is the library. The pool of water you see is where the laundry will be. It’s been chiselled out as it’s a wet area (at the moment, literally!) 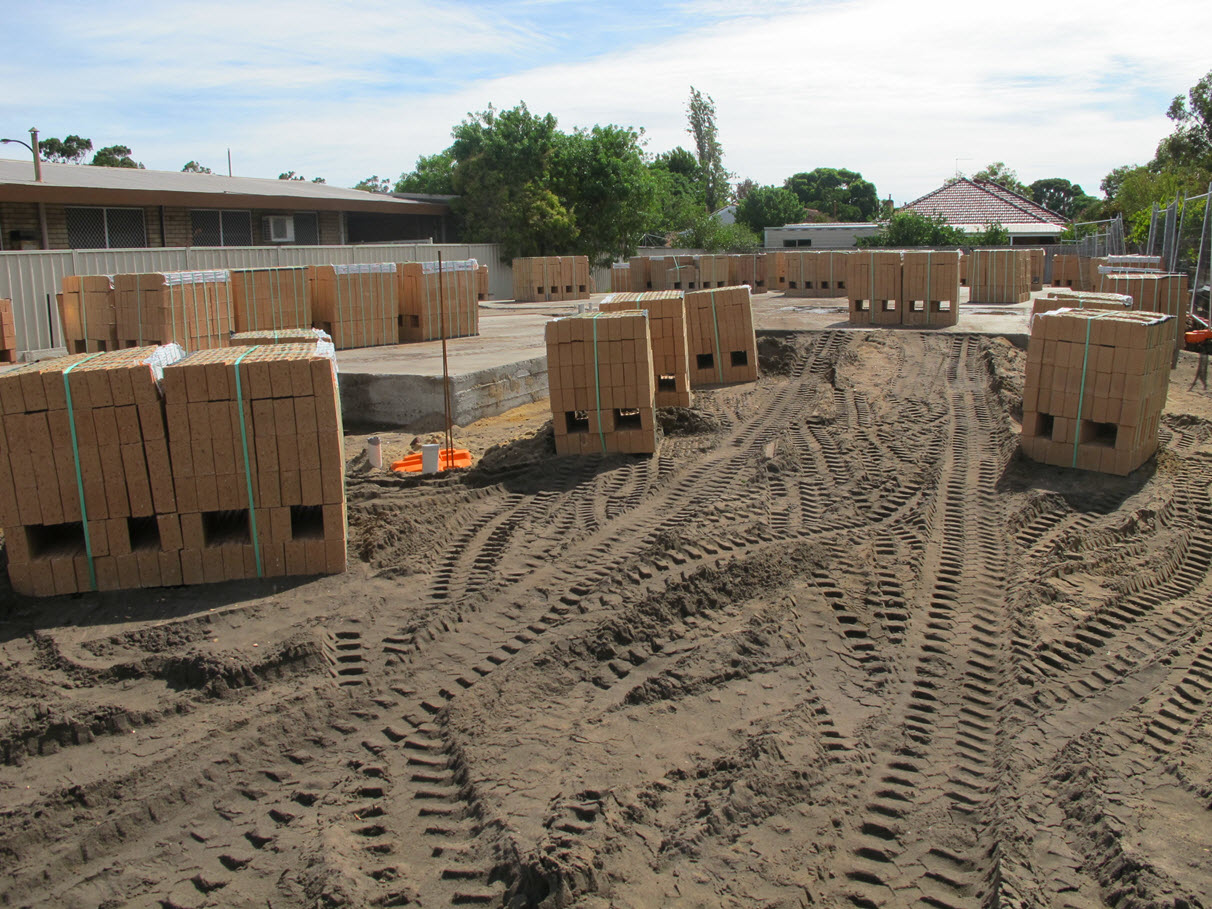 View to the garage from the front. They left a nice sand ramp for us, made it nice and easy to get on and off the slab. 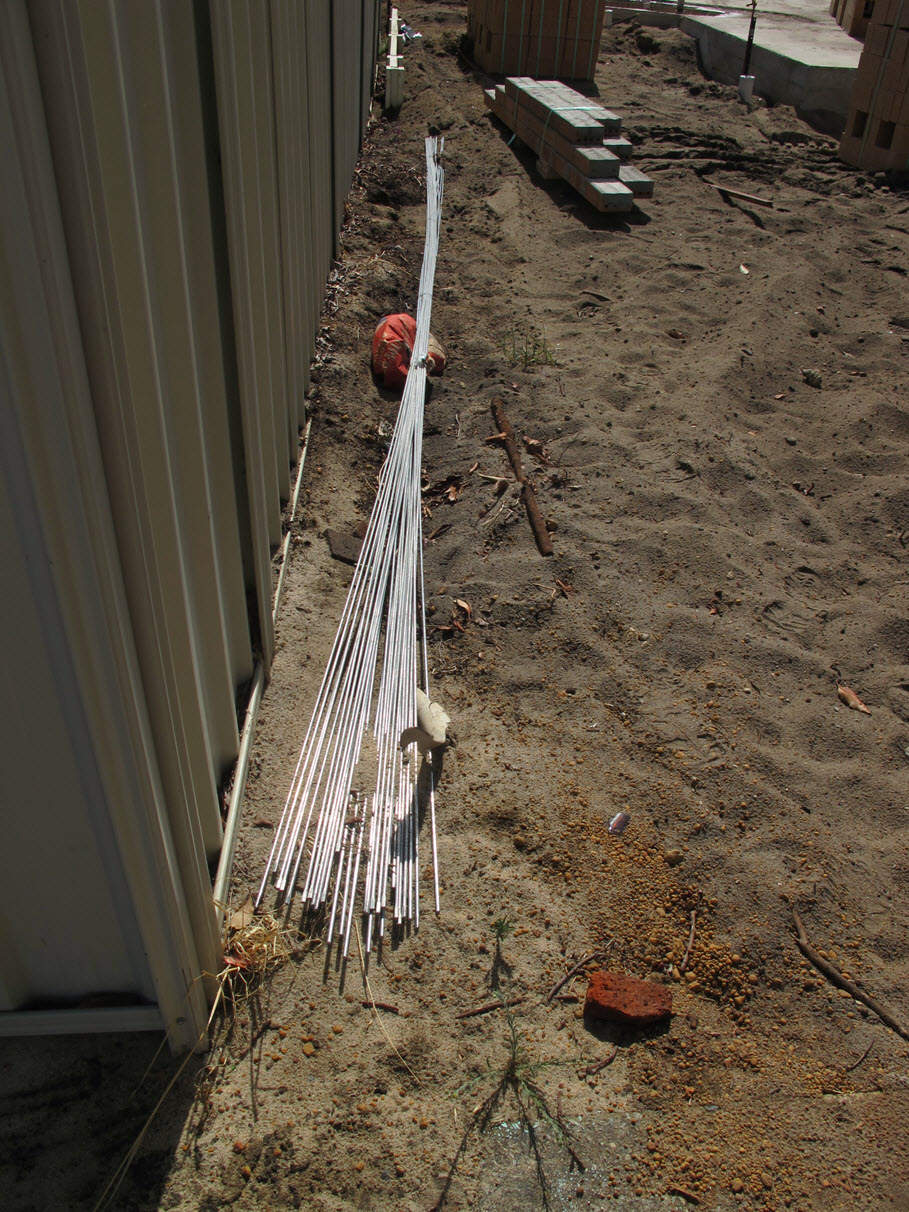 Steel wirey things! I wonder what they’re for? Brick ties?

We’ve been told that the brickwork should start some time next week, when the team finishes up their current job. That will put it at roughly 3 weeks since the slab was laid.

And we still have some decisions to make before the next prestart, which should happen in a couple of weeks by my estimate. Eep!