We finally have some work happening on the block! I feel like I should be more excited, but it’s only the retaining wall. Oh well.

Anyway, the boys started to pull down the fence at the start of the week. When I did a drive by on Tuesday morning, the fence was already down, so I don’t know if they were just quick or worked on the public holiday.

Yesterday, the materials for the retaining wall had been dropped off. 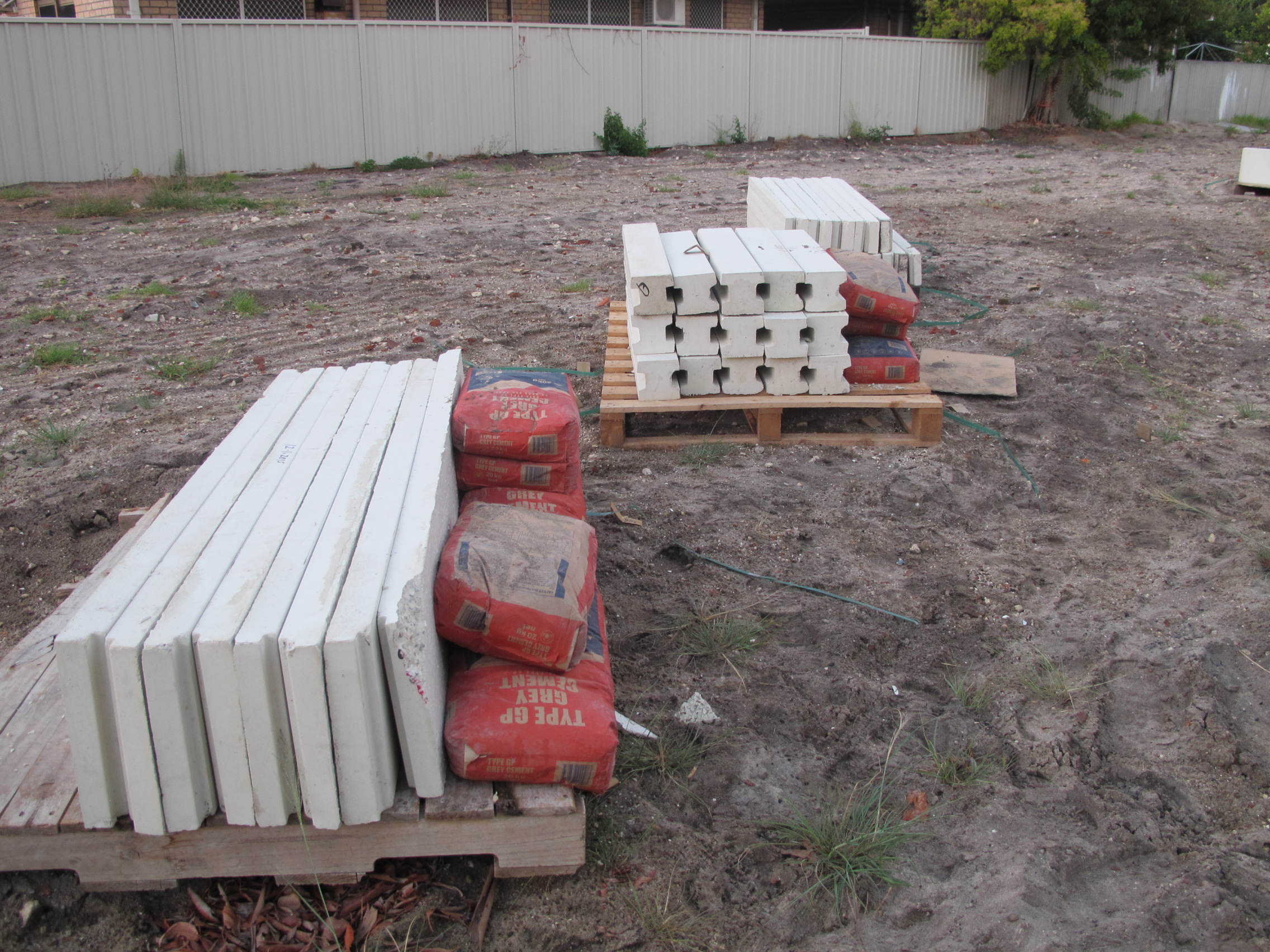 When I drove by this morning, the workers were huddled in their car taking shelter from the pelting rain. By then of the day, however, the retaining wall had been done and temporary fencing put up! 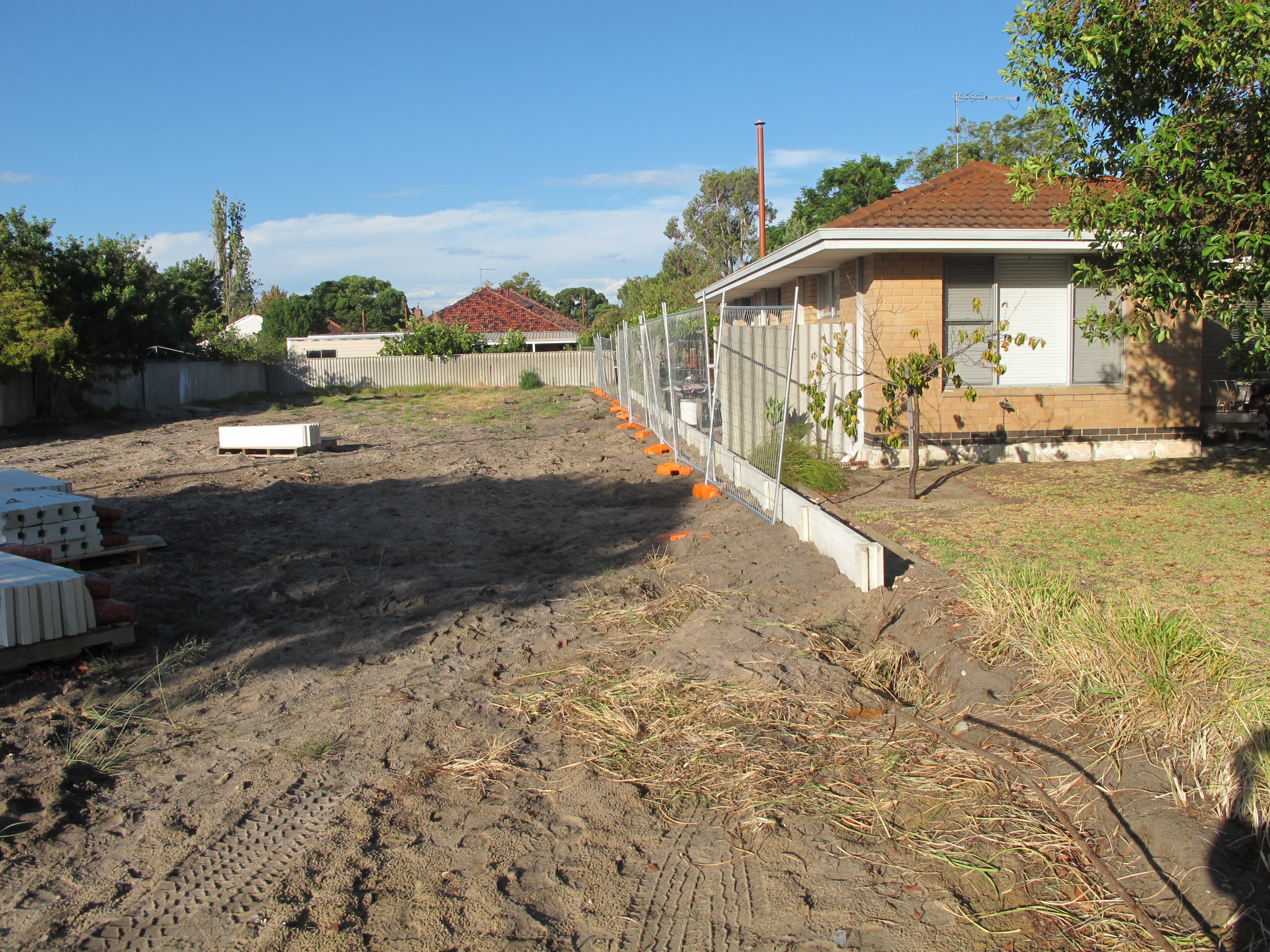 My parents happened to drive by and thought it looked like it was in the wrong place, so we hoofed it down after dinner and checked it out. 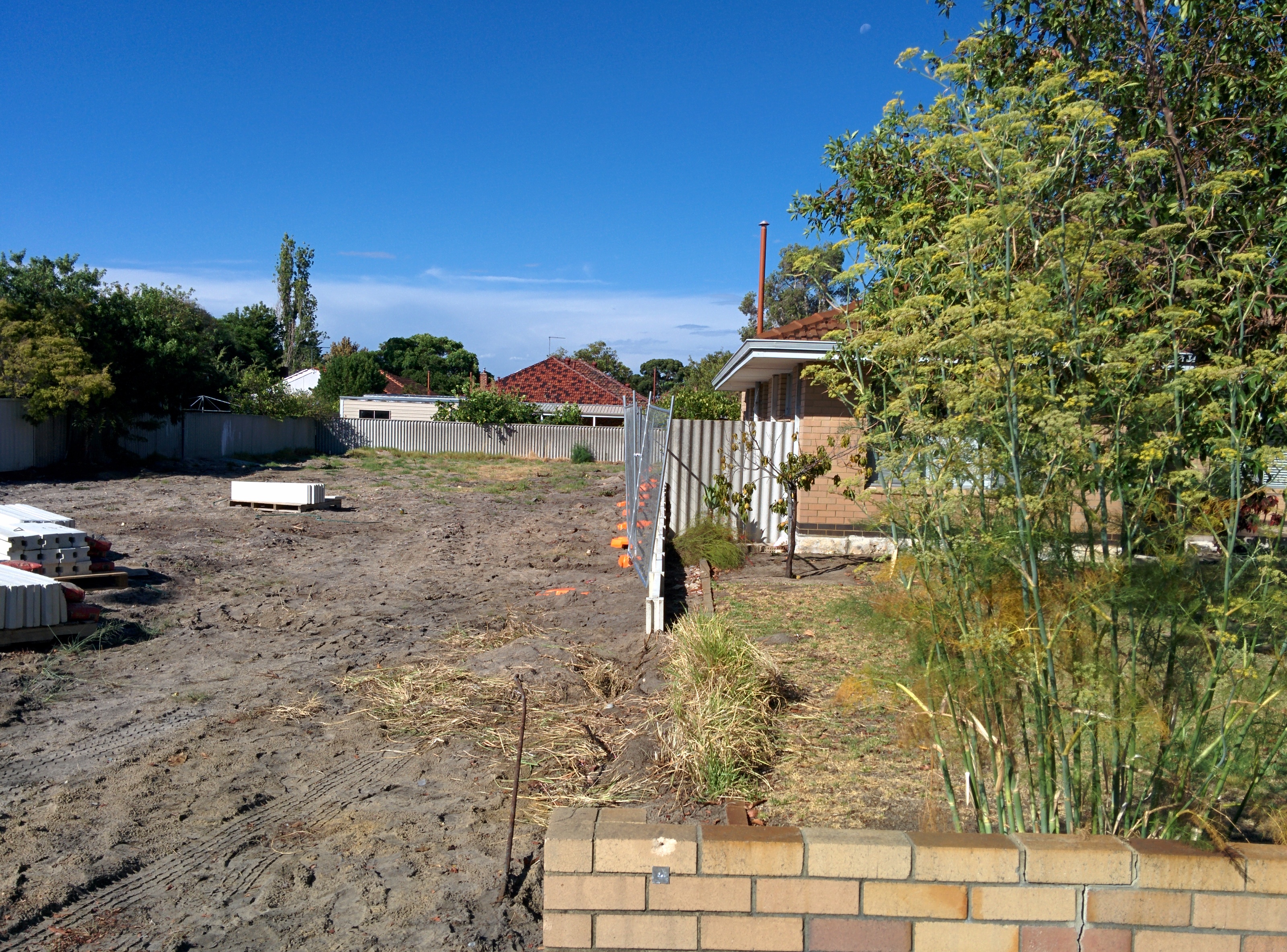 The piece of metal in the brick fence at the front indicates where the boundary should be. We brought our laser pointer measuring thing and did some pointing and measuring, and concluded that it was pretty spot on.

I took the chance to do a tour of the empty block. Here’s a slideshow, entitled “Tribute to an empty block.” 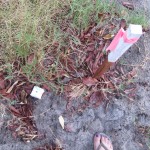 Survey peg with marker next to it. 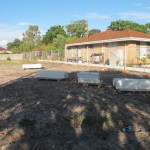 Fence with retaining materials intended for the other side. 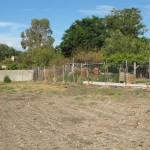 The back of the fence. 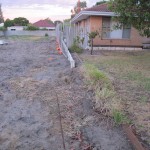 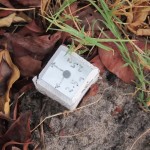 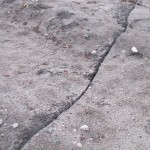 Not an earthquake crack. Looks like someone dragged something somewhere. 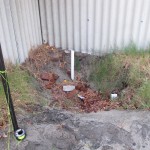 The sewer pit in the corner again 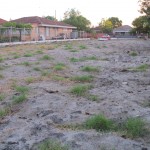 The fence from the rear and far side of the block. 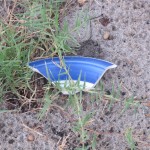 A bit of broken crockery. Looks like one of my old plates that I used to feed the dog! I don’t remember breaking it, but it’s possible… 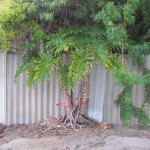 The philodendron that we saved from demolition. 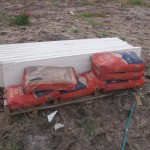 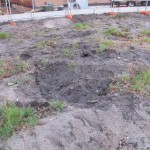 A hole that presumably the retaining guys dug to get some more dirt. 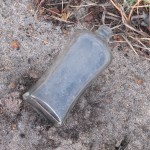 Our back yard had a lot of rubbish buried in it, here is one of the bottles that made it through the demolition sifting. 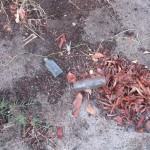 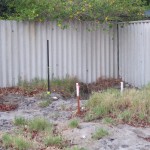 The corner pit, where I think the sewer line is.

Sadly, the garden rock that I painstakingly tried to save ended up getting stolen 🙁