Not much actual building happened on the block this week, but we did have some crucial preparations for the next stage: site rubbish clean and delivery of roof timbers. That’s right, next week is roof week! 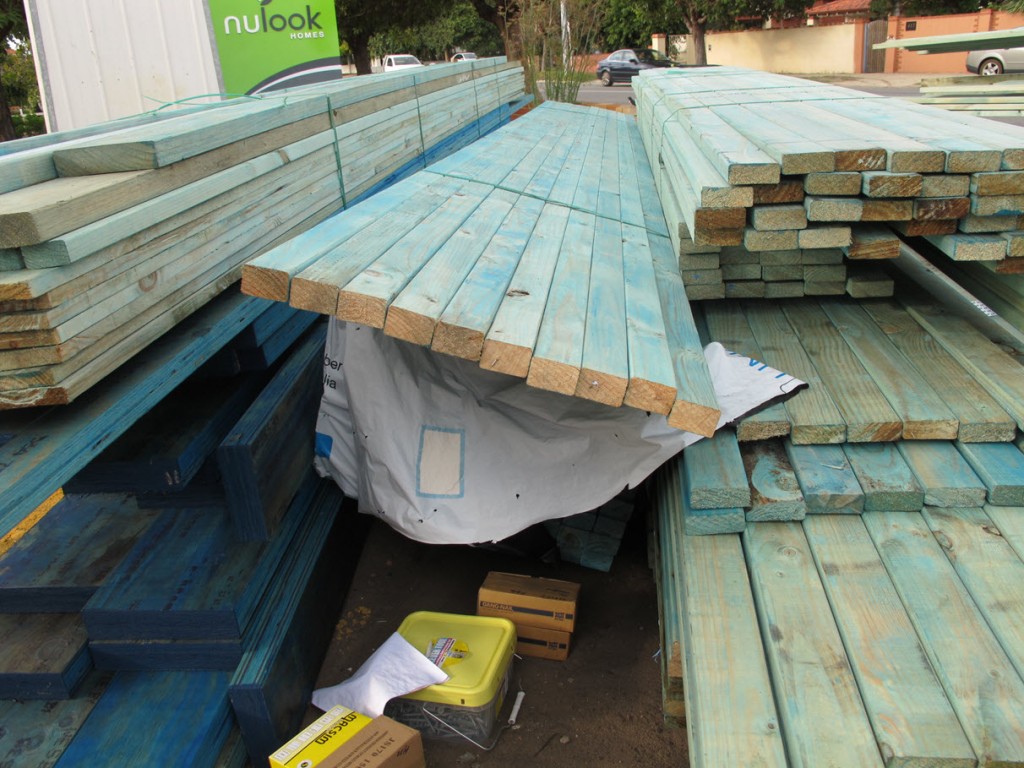 So while we’re waiting for tomorrow to happen, I thought it would be interesting to take a look at some of the rubbish generated during the building process.

I can hear you now… um, rubbish? you say? I know it’s not exactly a sexy topic, but I think it’s kind of interesting, so I’m running with it.

It’ a testament to the general tidiness of the site, really, that the rubbish wasn’t all that noticeable. Every now and then, we’d see little piles of bricks being swept up into a pile in various rooms. 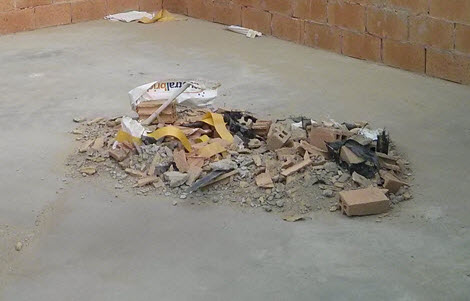 Rubble in the library 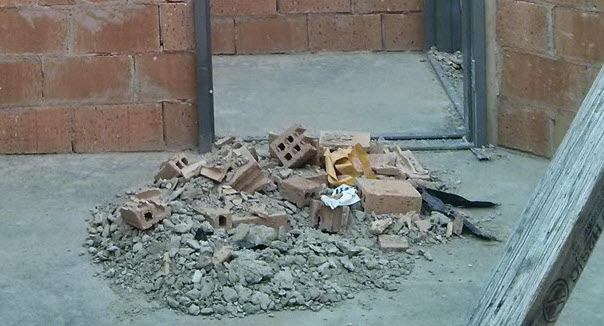 Rubble in the lady lair 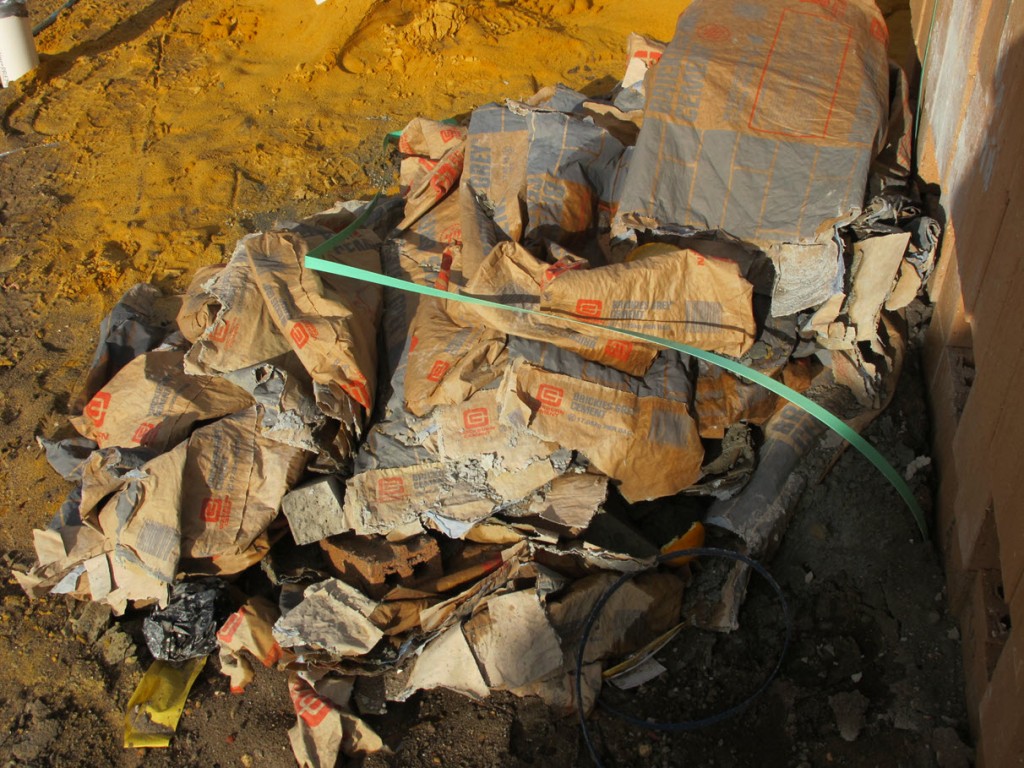 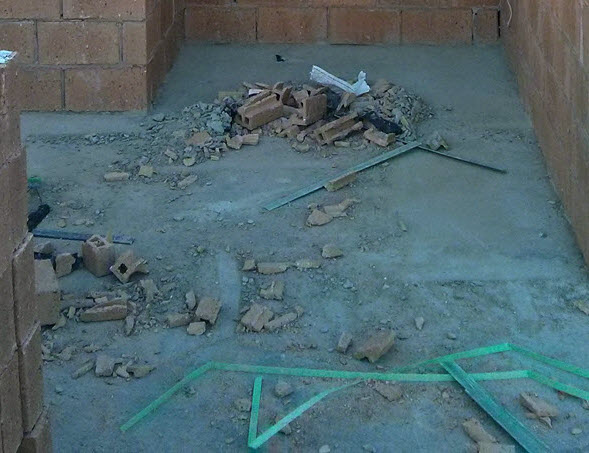 Rubble at the bar (aka Bar-ney Rubble)

When the wet weather set in, I started to wonder how they were going to deal with it. But as we know, water evaporates, so that was that. 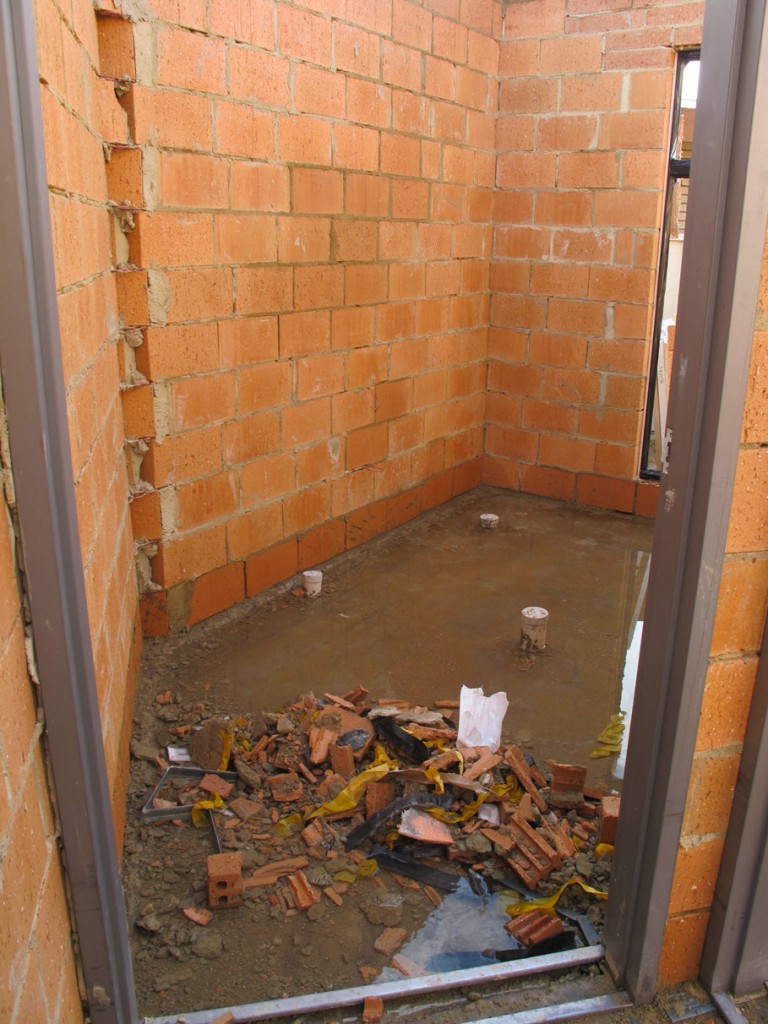 Some of the more interesting rubbish started to appear towards the end of the brickwork. 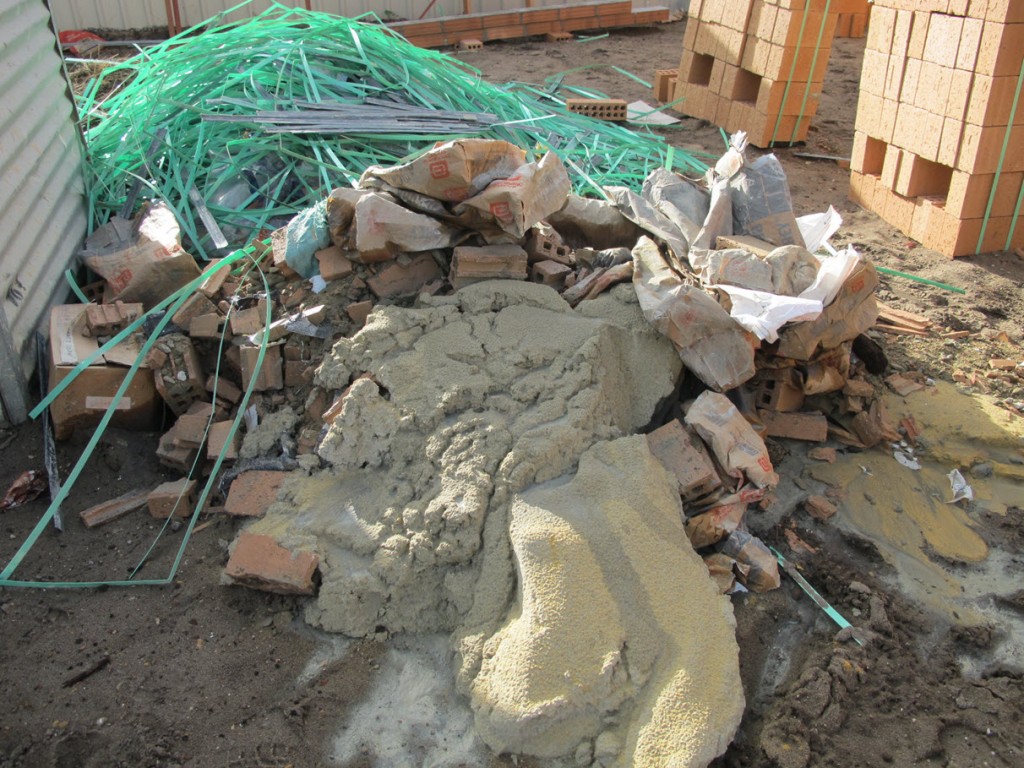 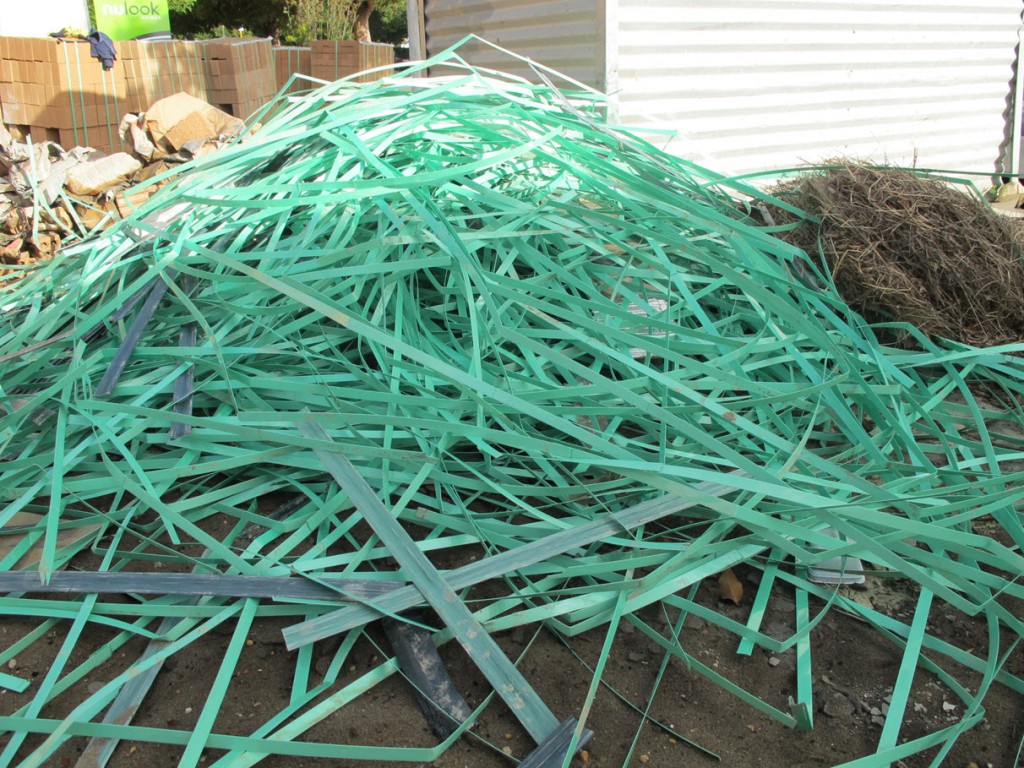 I was particularly enamoured with the green ties that held the brick pallets together. 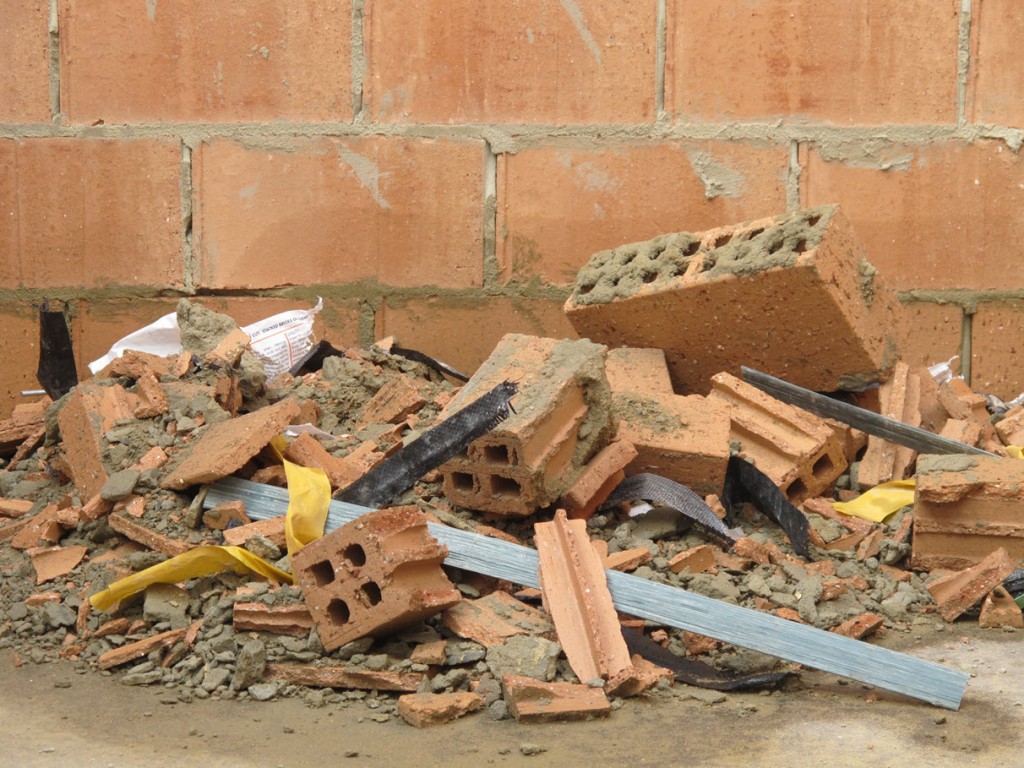 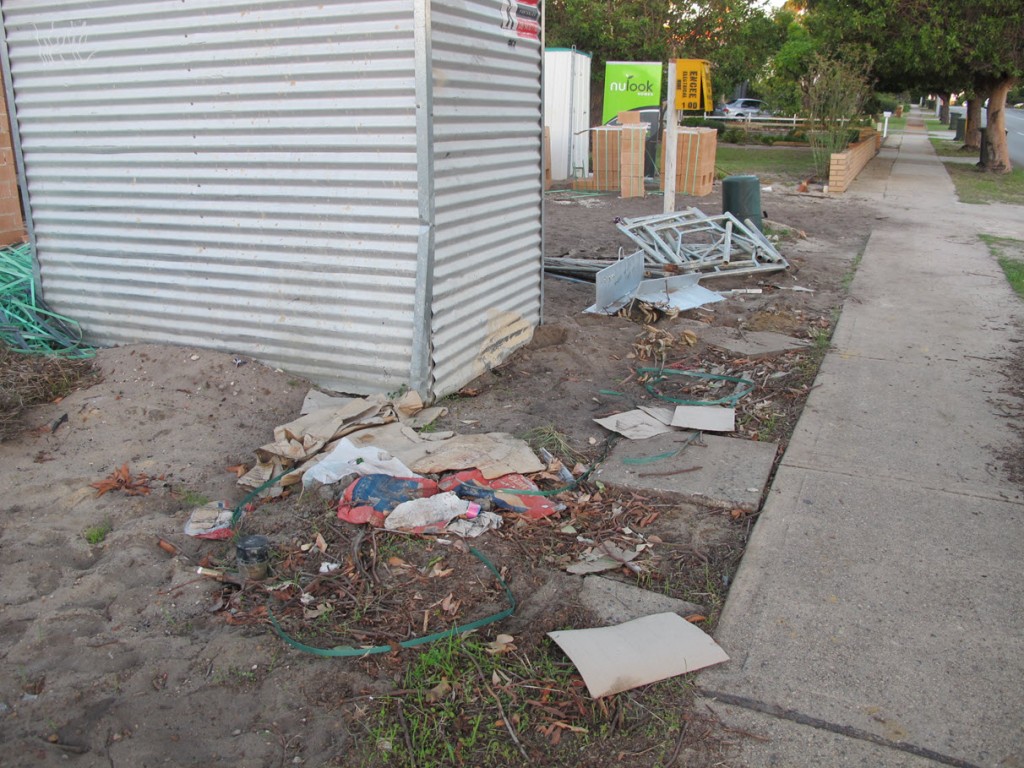 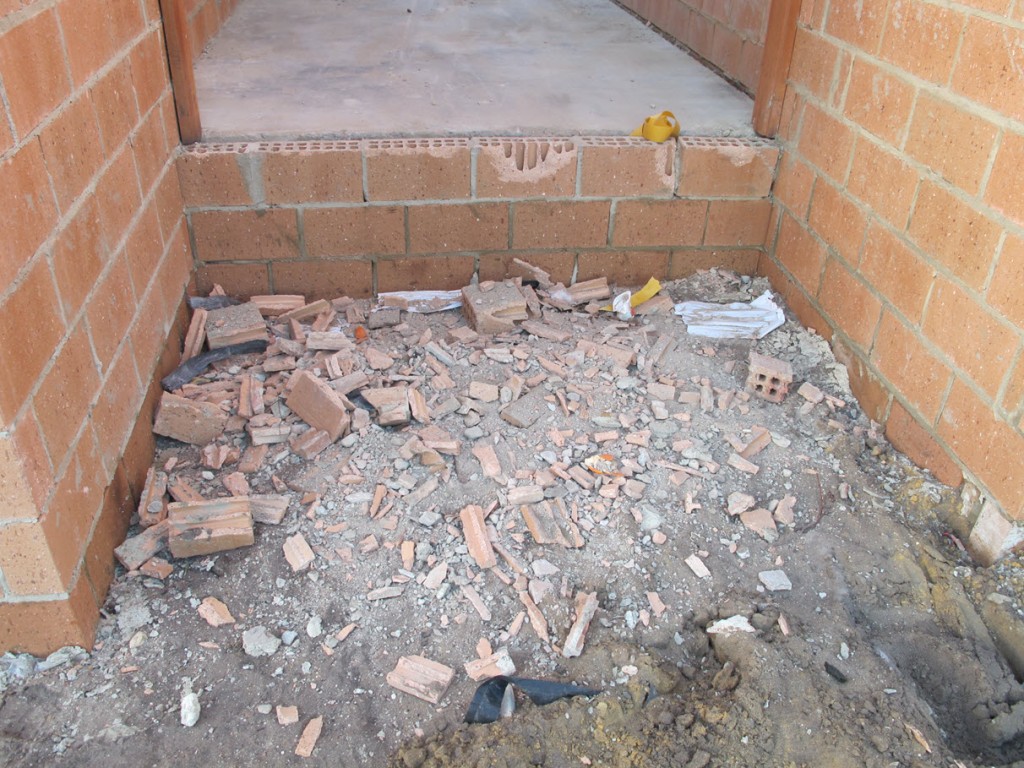 And the rubble in the portico.

After the brickwork had been completed, they brought in the bobcat (presumably) and cleared away all the mess.

So now we have a nice clean site, ready for the next exciting phase.