Home Construction Tiles and timber flooring – A comedy of errors

Tiles and timber flooring – A comedy of errors

Some days, you just have to laugh. Thursday was one of those days. Nothing went remarkably wrong, mind you, just a few little missteps that make you at once groan and chuckle at the stupidity of life in general.

We decided to get our marri floorboards from Chelsea Flooring, and since they had an existing relationship with our builder, they offered to go ahead and organise everything, which we gratefully accepted. One less thing for us to organise, we considered that a win! So they cleared everything with the Site Supervisor, and arranged for the floorboards to be delivered on the Thursday, and arranged a site meeting with us for 10.30am.

The day before the meeting, the delivery company called and said they wanted to deliver at 9am. I didn’t fancy having to make 2 trips to the house within a short space of time, so managed to wangle it so that the floors would be delivered at 9.30ish and we’d have the site meeting with Chelsea at 10am. 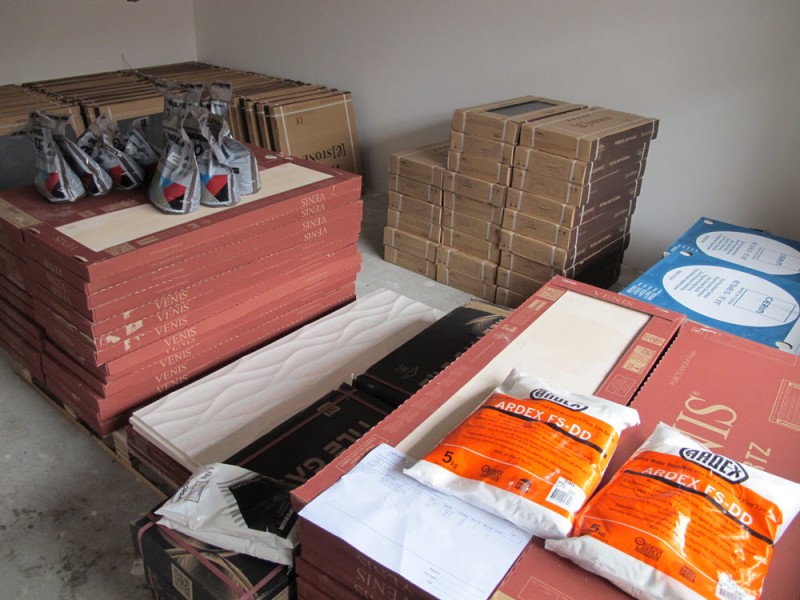 A room full of tiles.

Rewind to the day before. One of the rooms that was due to have floorboards laid had all of our tiles in it (we’d arranged this earlier, not realising that the floorboards would be done so soon), so the Site Supervisor brought in his labourer to haul them into an area that wasn’t getting floorboards. He was told to put them in the back part of the house, out of the way of the kitchen, as cabinetry was to be installed there. He dutifully complied and decided that the library was well out of the way. 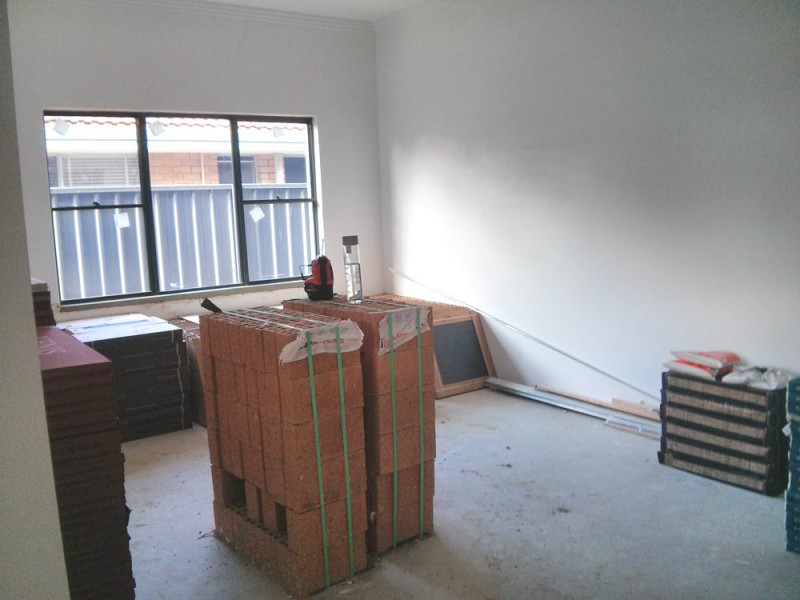 Where the tiles got moved to – the library.

When we got to the house on the Thursday, the delivery truck was waiting, and the builder’s labourer had turned up again. Luckily, the Site Supervisor realised that the room that the tiles had been put in was also due to have floorboards, so the poor guy had to move the tiles again! We did feel sorry for him, those tiles are heavy!

The floorboard delivery guy unloaded his truck and put the floorboards into the room that had originally had tiles. 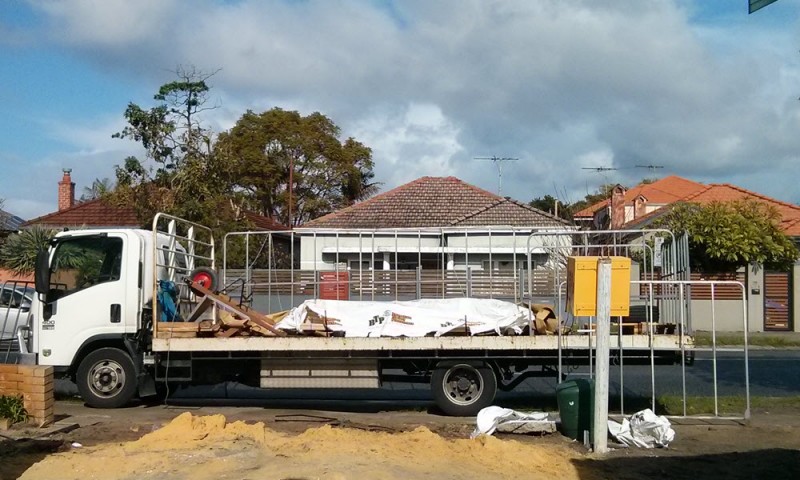 Floorboards hiding under the tarpaulin on the delivery truck.

I made a few attempts at calling Chelsea but had no luck getting through. We decided that we didn’t want to stick around any longer and left, feeling a bit sorry for the labourer who was still there moving tiles for the second time. 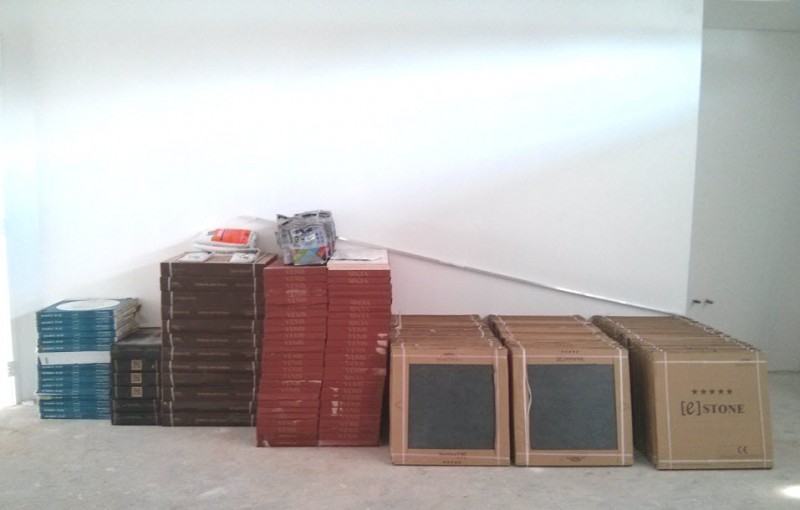 Where the tiles eventually ended up, along the TV wall.

I finally got through to Chelsea later that afternoon. Apparently the person we were supposed to be meeting couldn’t make it, and had asked one of his co-workers to call me. But that day they were short-staffed and had lots of customers go through the doors, and he forgot to call me. When I spoke to him, he sounded completely mortified and apologised profusely. I felt rather sorry for him, and simply made arrangements for the following day. Ah well what can you do, you have to cut people some slack every now and then. As long as it doesn’t happen too often! 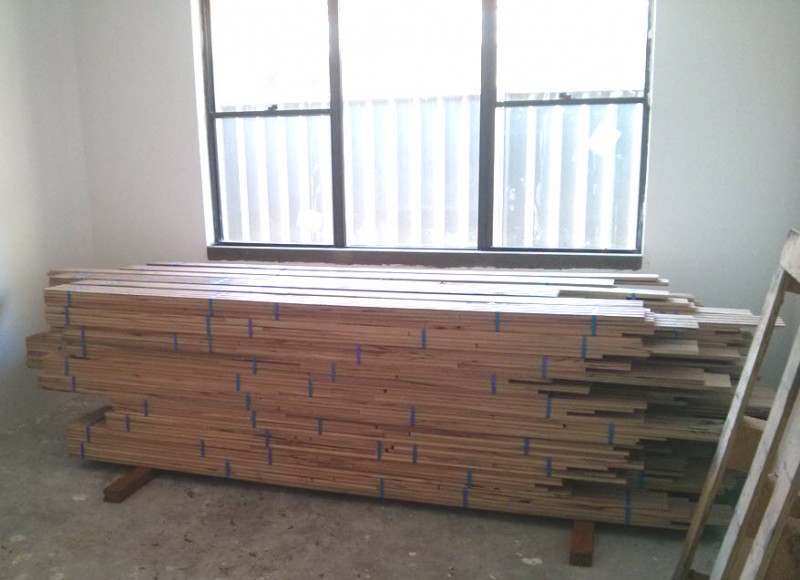 Marri floorboards, all stacked and waiting to be laid.

The floorboards are due to be laid next week. I daresay I will find this terribly exciting!