One of the biggest milestones in building is what’s called “Practical Completion” (PCI). This means the build is basically finished, and all that’s usually left is a few minor fixes.

At this stage, we undertake what’s commonly called a Practical Completion Inspection (PCI for short), although our builder calls it “Pre-handover Walkthrough”. The end result is the same: We walk through the house with the Site Supervisor and point out defects.

So after a few false starts, our PCI took place on the 26th November. Two days prior to this, we took a “practice” walkthrough with Ken, our architect from Solar Dwellings. This was great as we knew we were pretty fussy, so it was good to get a second opinion on what was reasonable for us point out during the actual PCI.

So on PCI day, I went in armed with my trusty clipboard and big list. The supervisor left it up to us to decide where to start. We basically worked from front to back, both inside and out. The only thing we didn’t get to inspect was the roof cavity, as we didn’t have a ladder, but Ken said he’d come back and inspect that this week.

We were quite thorough. We pointed out defects, discussed them with the supervisor, and then he put sticky red dots to indicate where it was and noted them down on his checklist. He also helped us to find them in some cases! Items we found useful were:

All up, it took us about 2 hours, and we ended up with a certificate like this: 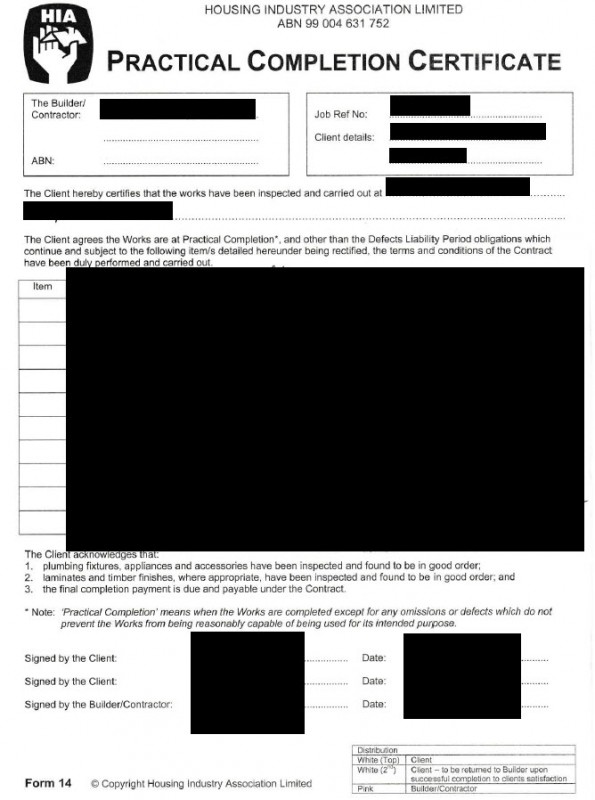 We ended up with a one-page list of things to be fixed. Granted, there were multiple columns, but still, a decent result I think.

Some of the things that hadn’t been done yet included:

The rest was basically stuff that needed fixing, such as the bath not draining properly. Probably the worst area was the laundry window, it had quite a few dots over it: 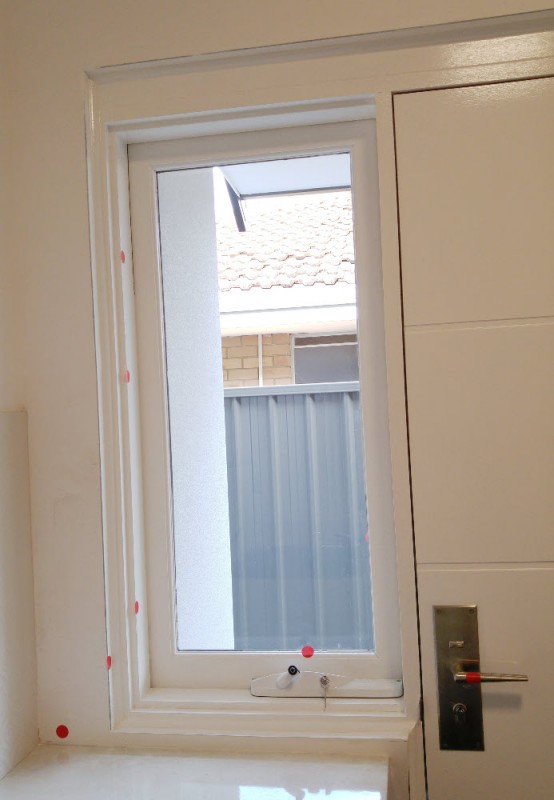 We basically wait for all this stuff to be done and fixed. Hopefully before we get the keys!

We’ve already booked some trades in to get a few things done before we move in, and they start tomorrow!