We spent most of the summer languishing on the couch, under the fan, in our new house, playing games and drinking frozen cocktails. I think we were well and truly exhausted, and a little bit burned out, trying to recover from the shock of spending so much money all in one go!

But I’d been thinking about updating the blog lately, and last week, we had a visit from our architect. I’m taking that as the kickstart I needed to start writing again. 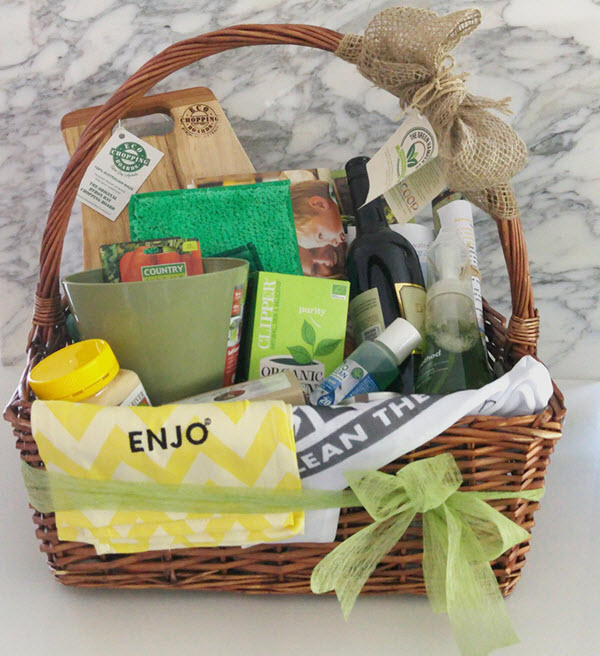 We’d arranged to move in 2 weeks after key handover. During those two weeks, Nulook finished off their fixes from the PCI list, the floorboard people finished the floors, the driveway was put in (Magnolia exposed aggregate) and the walls were painted.

I chose Lexicon for the walls, the colour is OK but not exactly right for a couple of the rooms. I daresay we will repaint when we get around to redecorating. The painters did a crappy job anyway, so we’d only be improving it! 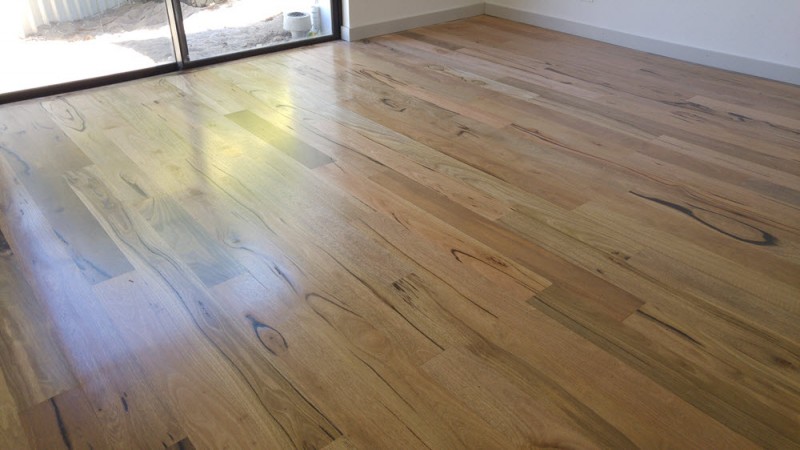 Marri floorboards in the master bedroom, sealed with Bona Naturelle water-based finish. Skirting boards were also installed, we chose a 92mm square-dressed profile in the end.

Speaking of decorating, we’ve decided to go with the slow decorating movement. Well, it chose us rather than the other way around. We have so many things yet to do and buy that getting it all at once is a bit unrealistic, and we don’t want to put ourselves through more unnecessary stress. So the house remains well and truly undecorated, for the most part. Truth is, we still have a fair bit of organising to do, and we need to build more storage in.

Anyway, finally moving day was upon us. This time we were far less organised, so we ended up leaving some of our things behind, to be picked up later (much later, it turned out). 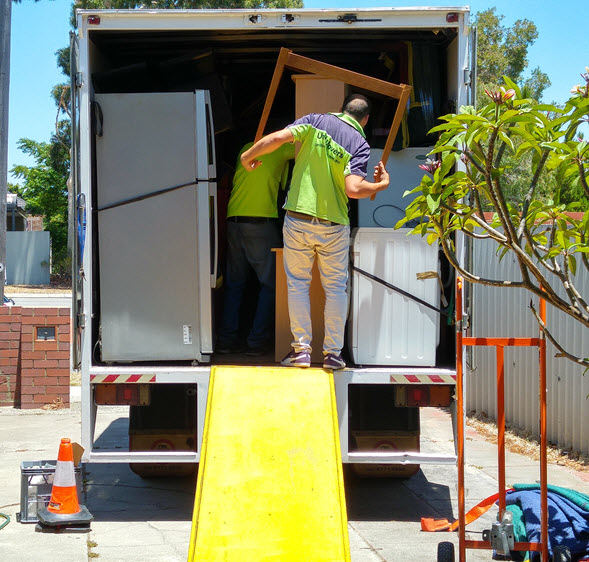 Two Italian chaps moved our furniture for us. I thought they were slightly mad to trying to fit everything into the van in one trip, but they managed it!

True to form, a heatwave settled in during moving week. Oh yes, and us with all that north-facing glass, in our main living area! And no landscaping! 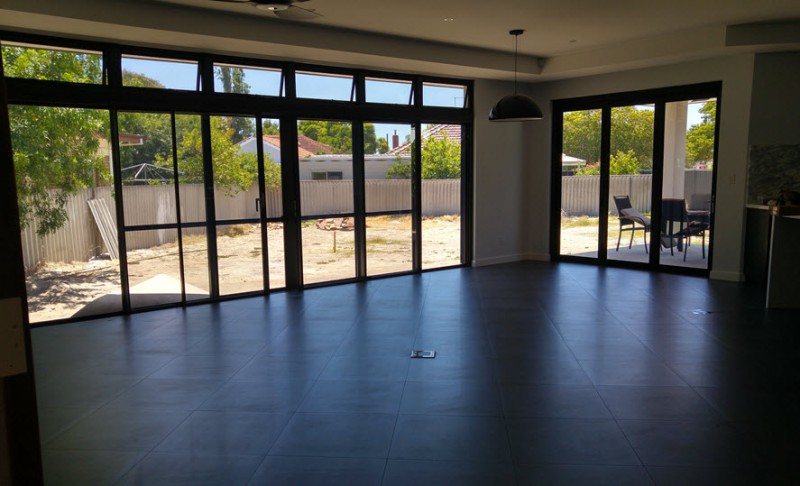 Look at all that lovely glazing and scorched earth, perfect for a heat wave! 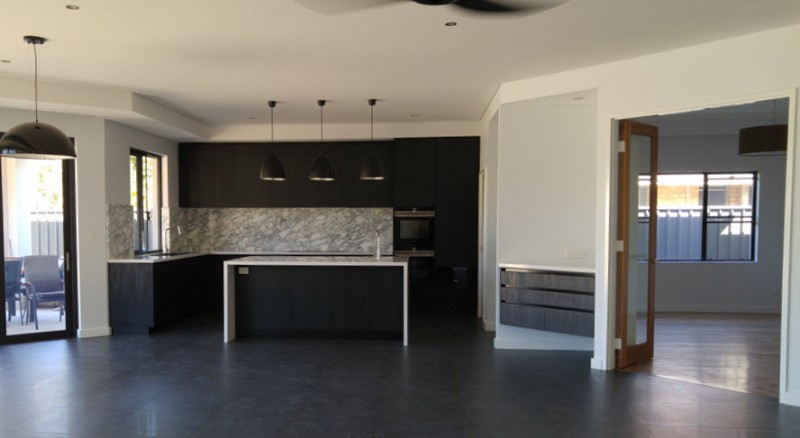 Luckily, we just knew this was going to happen and therefore insisted on getting our curtains done before Christmas. The lovely Jane Ledger helped with the selections, and Window Studio installed them. Thankfully, they went in the day after we moved in, and remained closed during every single day of summer. We’ve only recently begun opening them during the day. 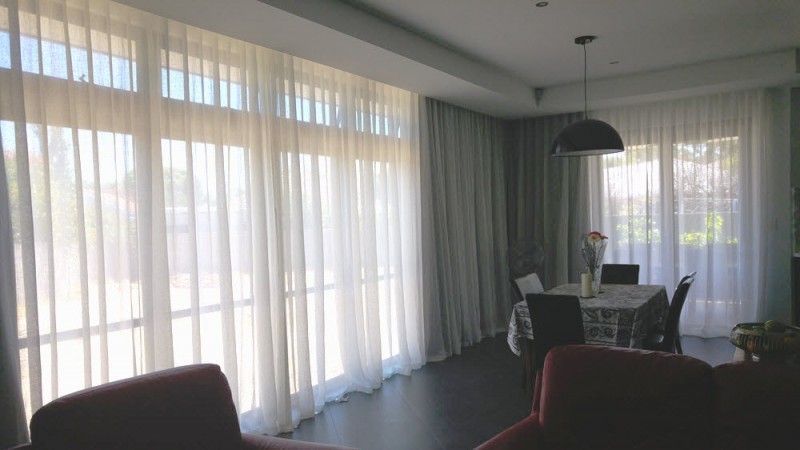 Check out those soft, white linen curtains! I’m slightly terrified of getting them dirty but they’ve so far managed to stay remarkably clean. Apologies for the terrible photo quality. 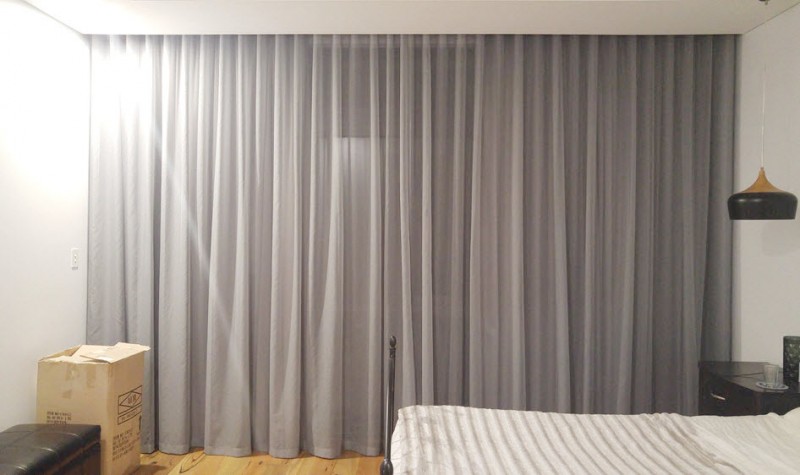 I also love our filmy grey bedroom curtains. Sometimes I’d leave the sliding door open just to watch them float in the breeze.

We managed to keep cool over summer, without air-conditioning, and enjoyed our new abode. 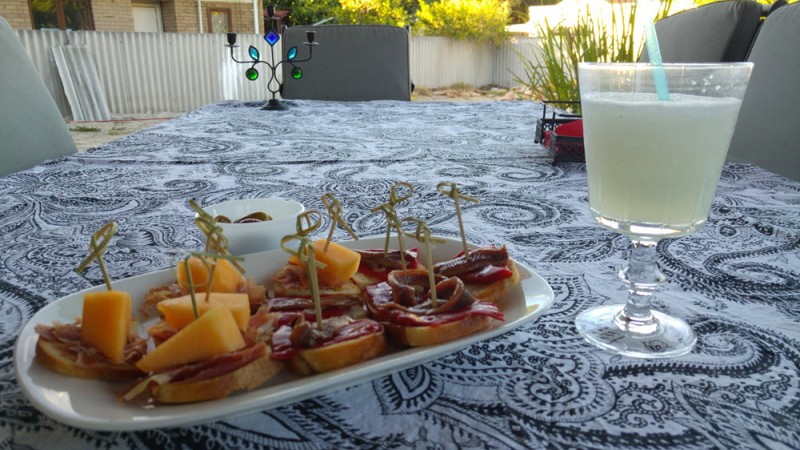 Sometimes the weather was even cool enough to enjoy our evening ritual outside.

The day after we moved in, we decided to turn on the lights outside and take a photo of the front of the house. It turns out there is so much ambient light from the street we hardly need lights at the front, but I think they look nice anyway. 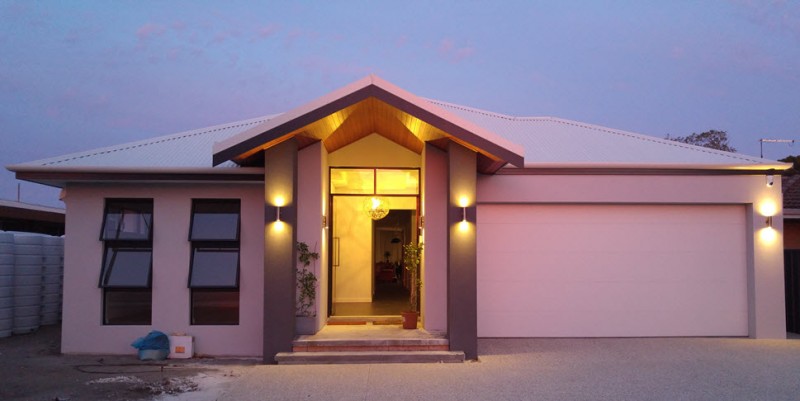 No, the house is not pink, that’s just the twilight playing tricks on the camera.

I’m looking forward to the rest of the journey – landscaping, furniture shopping, organising, decorating, and generally living it up.