In my last post, we started to get a glimpse of the finished roof, with some eaves and fascia being installed.

A lot has happened since then, and I apologise for not blogging sooner. My only excuse is being a bit overwhelmed at just how much work was getting done. It seemed every time I dropped by, yet more timber was being added. When I thought they’d be done, the next day saw yet more timber!

Well the time has finally come to tell you that the Colorbond has indeed been installed and we now have what looks very much like a roof! 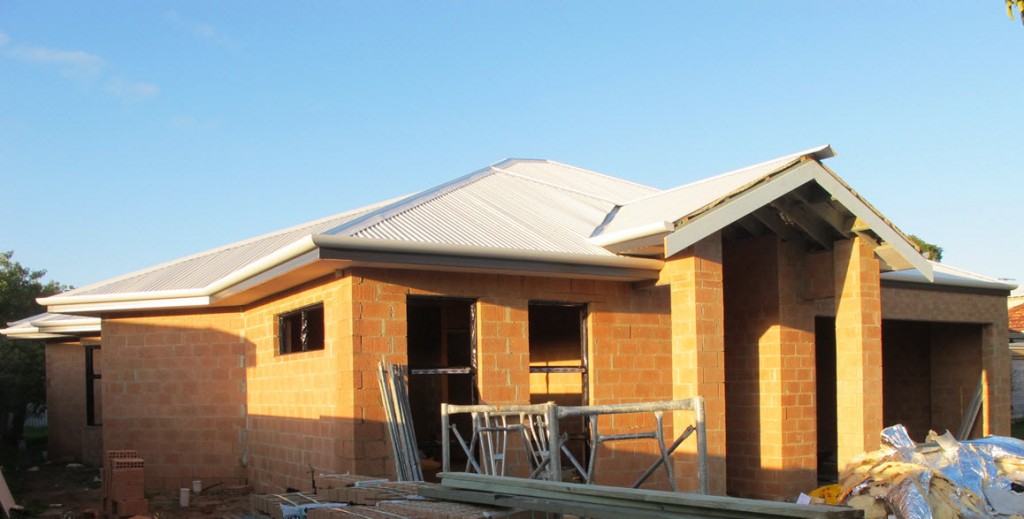 It obviously still needs a few finishing touches, but it’s nevertheless a high point, and means lockup is ever closer.

But let’s backtrack a bit, I’m sure you want to see pictures of the intervening days. I’ll try not to disappoint. 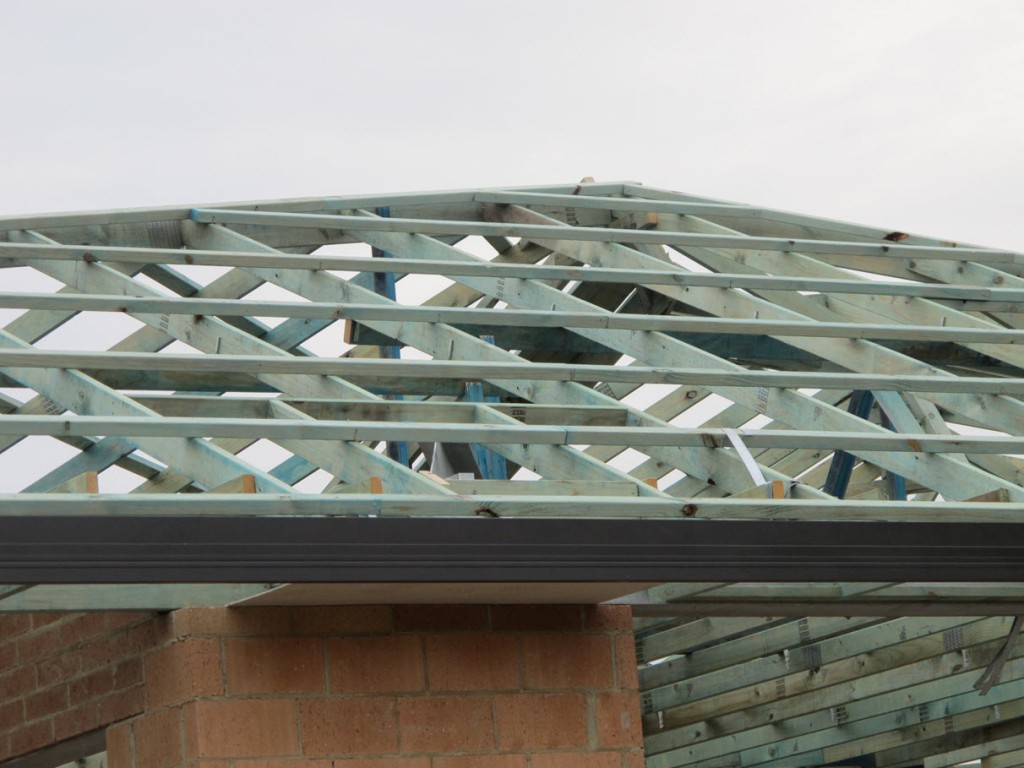 Here’s a close-up of the cross-beams on the roof. For what seemed like a long time, we only had the beams running from the ridge down to the eave. Then they added the beams going horizontally. 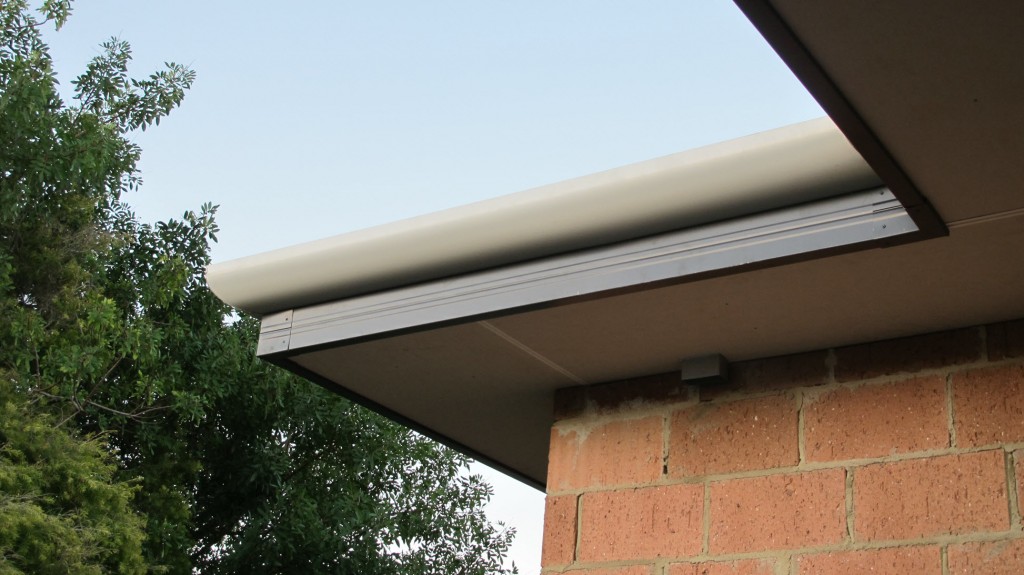 Then they added eaves, fascia, and gutters. I like the smoothness of the gutters, but the fascia doesn’t do much for me. It’s kind of all lined and ridgey, rather than smooth. I assume there was no choice in the profile. 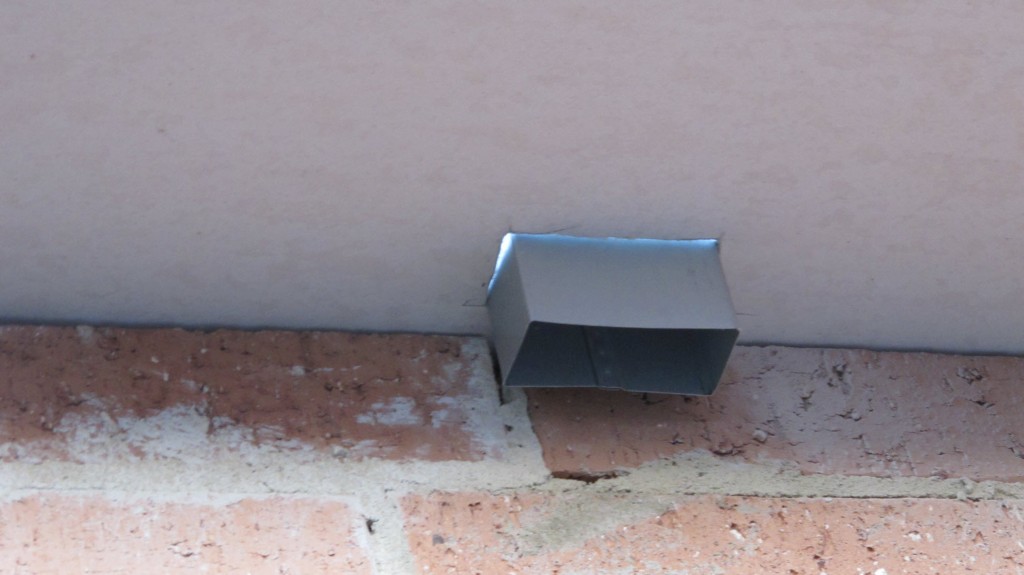 They added downpipes. Not the entire downpipe, just what they call a “pop”. We will be installing the actual downpipes ourselves after handover, as we will be connecting them to the rainwater tank. This requires an unusual setup, which is a separate post entirely.

Did I mention eaves? Unfortunately, one of the roofies took a misstep and fell through the roof. I can only imagine how much that must have hurt! 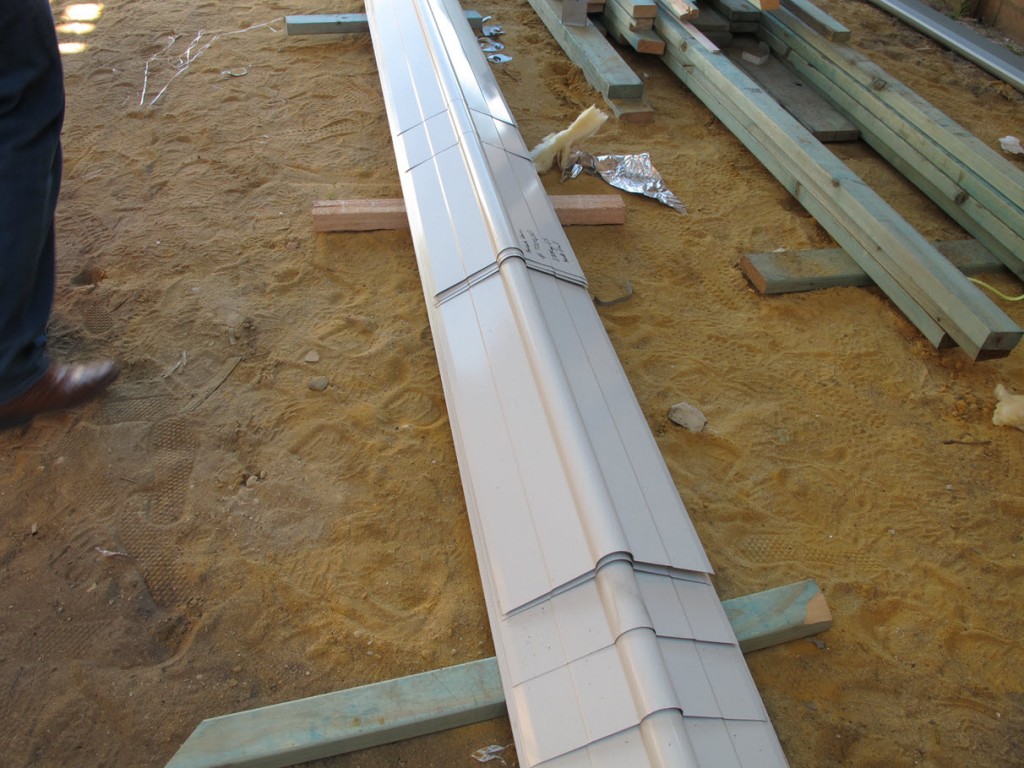 Ridges and valleys. These are the bits that hold all the colourbond sheets together. I think.

The first layer of roof insulation has been installed. This is the Anticon layer that is installed directly below the steel sheets. 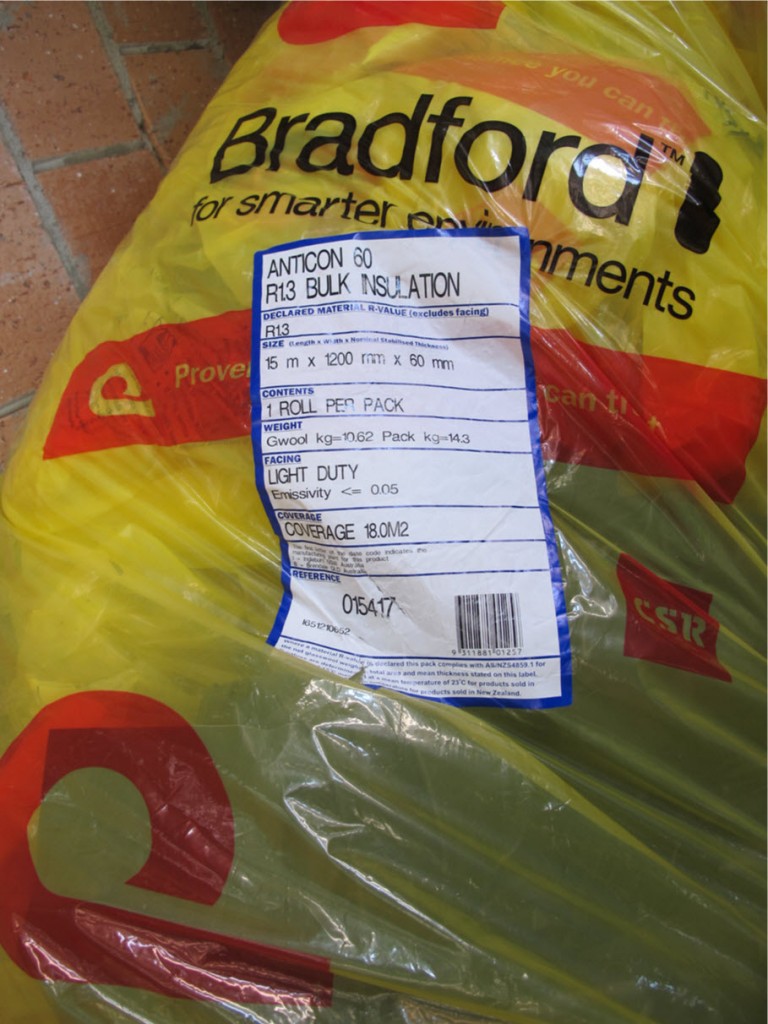 This is the insulation we’ve used. The batts will be added after the ceiling has been put in. 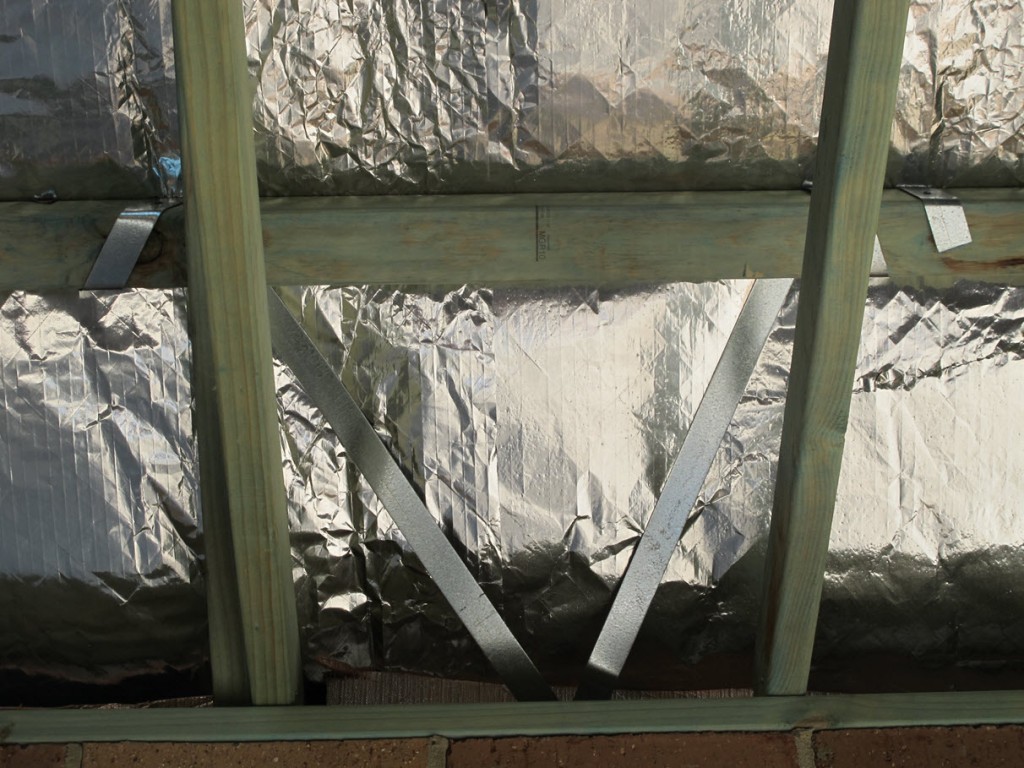 These strange looking steel things wrapping around the timbers are the roof ties. My understanding is that they are supposed to hold the roof down during bad weather. 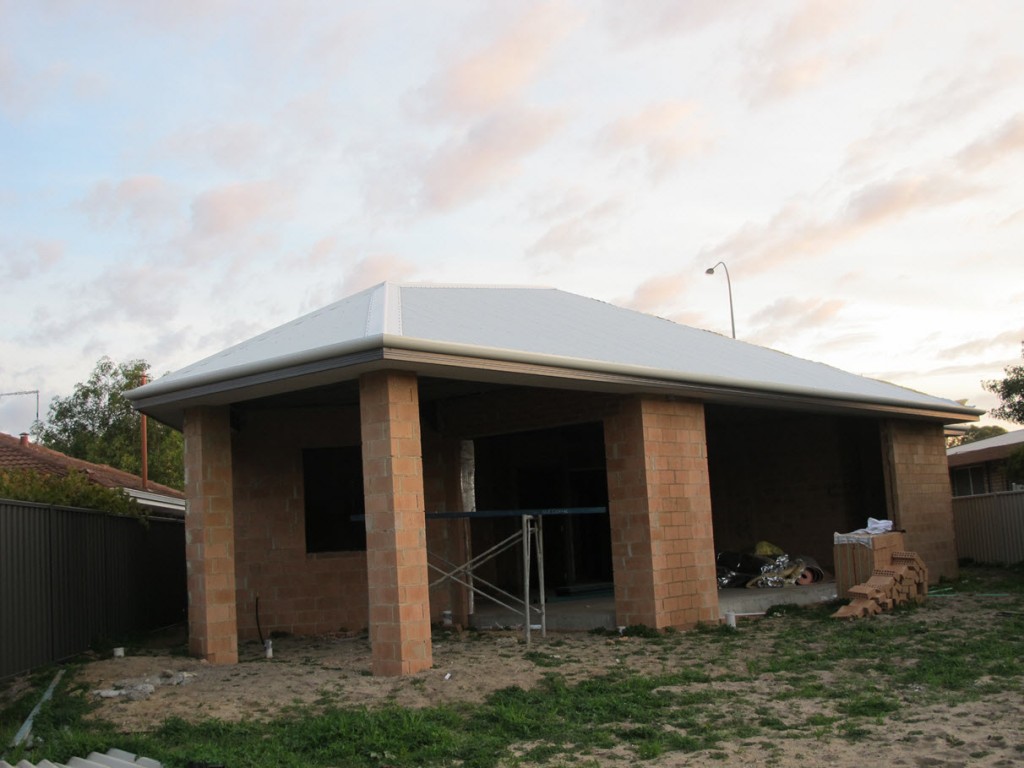 And that gives us the makings of a roof! Seen here is the view of the alfresco from the back yard.