I have to admit that I’m finding these past few days tough going, waiting for the grey float to be done so we can get to the beautiful white plaster!

Meanwhile, I’ve ordered our pendants and the kitchen ones have arrived! Shout out to Zest Lighting who was fastest with their delivery of the 4 places I’d ordered from. I like it when things get delivered fast (unlike the tracksuit pants I’d ordered more than 2 weeks ago and still haven’t arrived).

Nevertheless, I have some pictures to show you. I was impressed to find they appeared to use beading practically everywhere. This is basically some steel they put on brick corners for reinforcement. I’m not entirely sure what the industry term is to be honest, but it looks like this:

The first thing they rendered was the hallway, then the next day they did the entry. If you look closely you can see the beading on the edges.

They’ve also done both studies and the library. This one here is Mr. Trixee’s study. 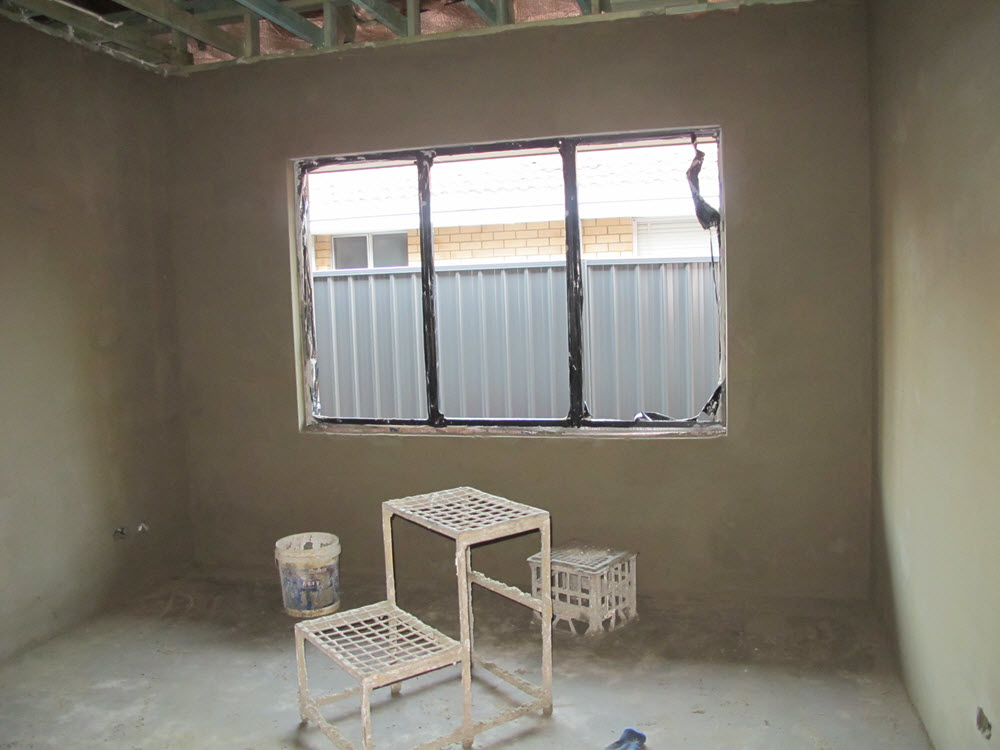 And the guest bathroom, where there appears to be a bit of a traffic jam happening. Understandably, ALL of their tools are covered in render. It lends a certain atmosphere to everything.

And the guest bedroom, which gets a nice glow in the afternoon during sunset. Maybe I should commandeer this room as my lady lair instead.

They’ve also done the kitchen and open plan area. Also, our pantry is starting to take shape, with the cavity slider door getting put in. Amusingly, it looks like they’ve used one of the gigantic roof beams over the doorway. So it should be nice and strong!

Our supervisor, who has been on holidays for the last 2 weeks (lucky for some!), is now back. Hopefully he can speed things up a bit now!